I don’t consider myself to be a social butterfly anymore than the next person. I work in the ‘burbs of London and rarely venture out on school nights with the exception of an occasional Zumba class (in my twenties, it was called clubbing and in my thirties, it is evidently called Zumba). When the working week is over, I like to get out and about to see my friends and family. Nothing particularly noteworthy about this. So how come all my weekends for the next 2 months seem to have filled up already?? I wonder if other Londoners find that they have the same problem? It can leave you with the sense of never having a moment to yourself in your own surroundings. On the rare occasion that I find myself at a loose end on a Sunday morning, I like nothing more than to walk down to Blackheath Village for some fresh air and a hot chocolate and so, on a recent crisp but bright, pre-Christmas morning, I did just that.

Yes, it’s on my doorstep and no, I’m not impartial but there is something so comforting about a walk through what locals refer to as “the heath”. I don’t know if it’s the vastness of the green grass, straggly, long, rugged and unspoilt; the vision of children flying their kites, castings spasms of vivid colour along the clear skies. Perhaps it’s the joie de vivre in the faces of toddlers as they feed the ducks in the pond or the crowds of hand-in-hand couples leisurely heading towards the Sunday morning Blackheath Farmers’ Market to stand in line for the scrumptious chicken burgers. For me, it’s most definitely not the early morning joggers or the boot camp victims on the heath, who make you feel just that little bit more unfit than you already felt, whilst they pump iron and you decide which croissant to indulge in. 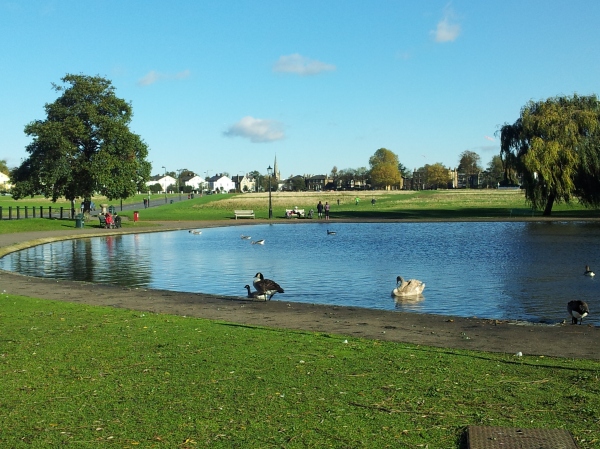 I first came here when Pumpkin and I were in our courting days – he took me out for a coffee and in amongst the butterflies and angst that are part and parcel of the dating scene, I remember that what struck me most about Blackheath was the way it is a London away from London. Lying in the heart of zone 3 and only 15 minutes away from London Bridge but with vast expanses of grass, a tall church spire acting as a centrepoint in the village, the streets of Blackheath are lined with independent shops and cafes with just a few chain stores sneaking into view. Some of my favourite finds include The Village Deli, Hand Made Food, Coquillage, the new village fishmongers Black Vanilla’s luxurious gelato (worthy of its own write up….coming soon…)and the village greengrocers with tempting custard apples in the window. The nearby Blackheath Halls is a Grade 2 listed building in the heart of the village, a venue for performances and the arts. 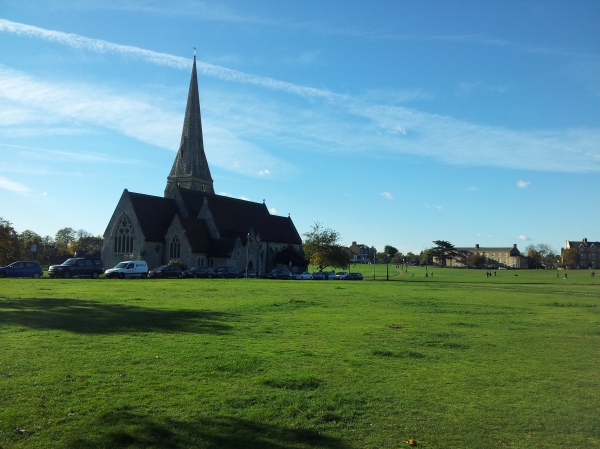 Farmers’ Market lovers should head here on Sunday mornings, specifically to the car park of Blackheath station to grab fresh seasonal ingredients at very reasonable prices. Sausage sandwiches and chicken burgers are the mainstay of hot food as this is very much a fresh produce market rather than a hot food market but with such an ample range of bustling neighbouring cafes, many with outdoor seating resembling Parisienne life, this really isn’t an issue.

Blackheath is a charming and quaint London “village” and I despair at the prospect that had I not met Pumpkin, I may have never known about it. I sometimes worry that this little personal blog of mine has become a platform for me to tease Pumpkin incessantly (a nickname he never actually consented to) so I’ll make a (rare) public thank you to him for introducing me to a little sliver of London, which has managed to preserve a sense of community and relative immunity from corporate commercialism. My bias aside, it’s worth a visit one weekend to see its allure and flair. Myths that you need to be either yummy and/or a mummy to fit in here are myths. I wouldn’t say I’m either and I like it just fine 🙂 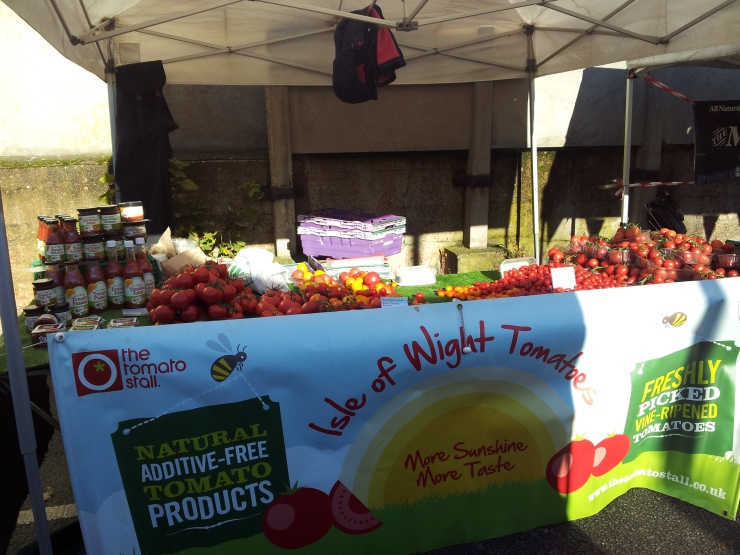 10 thoughts on “Blackheath is where the heart is”