I had just photographed my fifth successive Christmas tree when Pumpkin finally broke his silence. “Darling, if you saw a random Christmas tree on the streets of London, you wouldn’t photograph it so why are you doing it here?”

I’ll let you in on an inside secret about Pumpkin. See, despite the grumpy exterior and aspirations to emulate Scrooge, he turns into a bit of a softie at Christmas. He’ll deny this thick and strong but the hanging Advent calendar he surprised me with on our first Christmas after marriage, his homemade calorific Christmas ice cream bombe and his proposal for an annual Christmas-themed date night left me in no doubt that come the Yuletide season, his frosty shell melts. But, the cardinal rule is, it must be December. And any merry festivities prior to that go down like a lead balloon.

I was guilty as charged – not for taking photos of Christmas trees in November in Singapore, something I had no remorse about; rather, I was guilty of neglecting the spiky London conifers, for walking past them without mere acknowledgement of their existence. In England, come this time of year, I take it for granted that the streets will be illuminated with gleaming baubles and wintery pines. Last year we toured some of the European Christmas markets in search of festive fun but here in South East Asia, it came as a complete surprise.

In a country so multi-ethnic but with a sizeable Christian population and swarming with expats, I suppose I should have realised just how excited the population get about Christmas. With everywhere from hotels to shopping malls to tourist attractions gearing up for Christmas, we (or I anyway) couldn’t help but get into the spirit too!

These were just a few of Singapore’s seasonal sights that we stumbled upon as we strolled around this lively city:

Shopping malls covered with snow scenes, wandering elves and mock reindeers with children queueing up to have their photos taken.

A towering tree glistening under the chandeliers of the Fullerton Bay Hotel with bow-adorned, Tiffany-teal boxes outside. 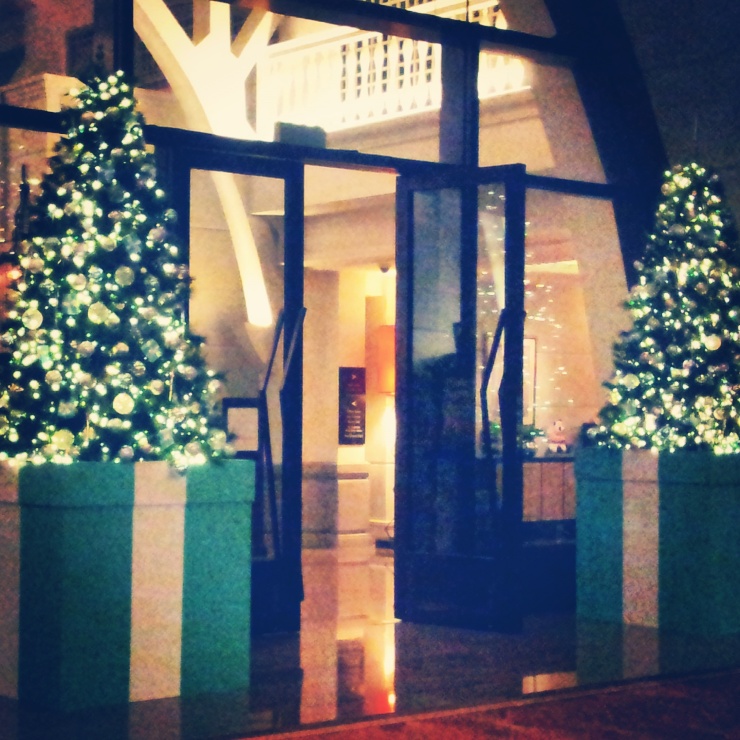 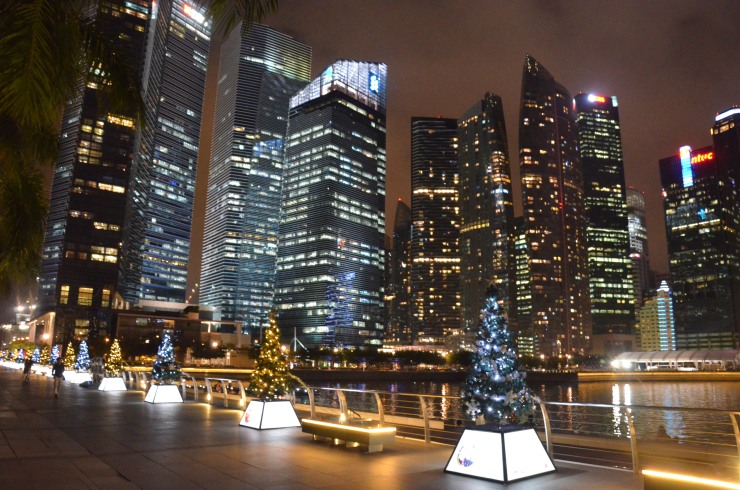 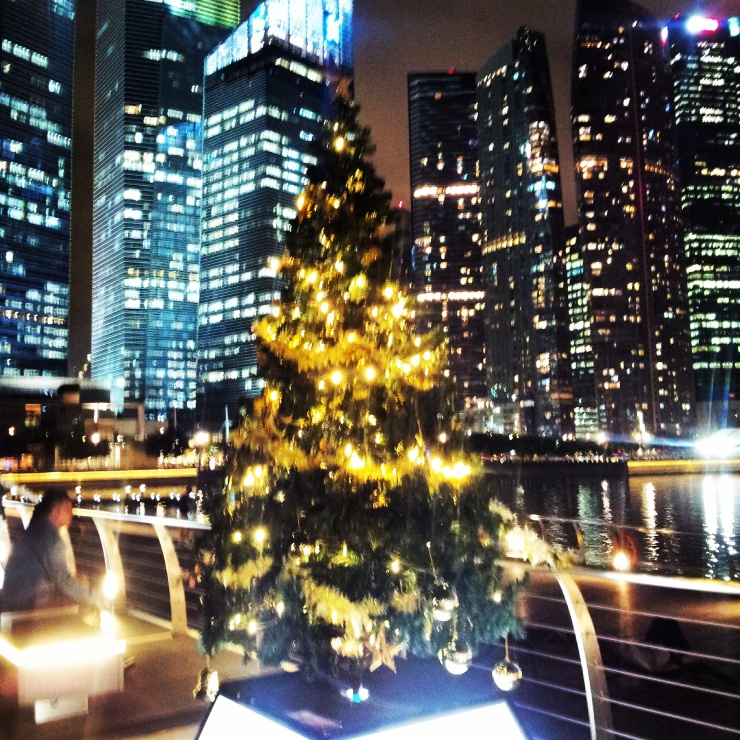 The Christmas Wonderland commences at Gardens by the Bay. After the sunken temperatures at the Austrian Christmas markets last year, it was bizarre seeing one take place in baking humidity and flawless blue skies.

Colourful dazzling night lights interspersed with brightly lit malls on Orchard Road, Singapore’s shopping hub. One building competes with another for the title of Orchard Road’s best dressed building. And contrary to my experiences on Oxford Street in London, the roads are wide enough for everyone to be able to absorb and capture the mayhem, despite the crowds and traffic. 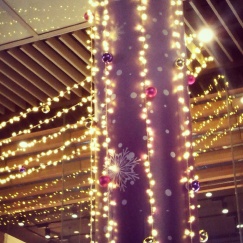 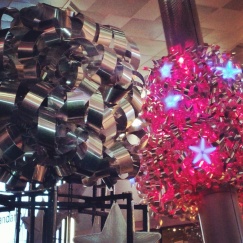 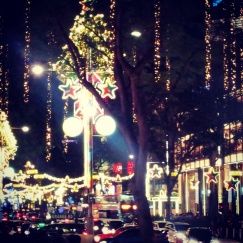 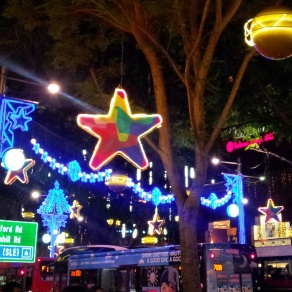 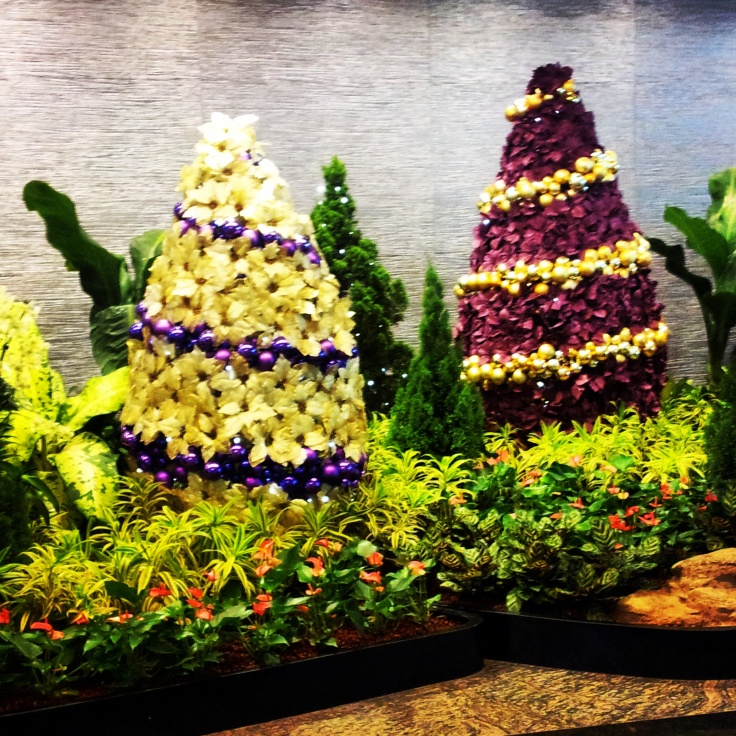 And as we try and come to terms with the end-of-holiday blues, we find even more glitzy Christmas bling, one final market and a tree made of cuddly toys at Singapore’s impressive Changi Airport.

Where in the world have you seen beautiful Christmas lights? Was there anywhere that surprised you with its festive decorations?

Part of a monthly travel blog link up