There’s a timeless recipe in the dating world that has transcended all generational innovations and that is the dinner and a movie formula. So this weekend, on the backdrop of an intensely fiery London sky, we decided to pluck out a classic tradition and give it our own special festive shake up. Instead of a date, we made it a double date. Instead of dinner and a movie, we flipped it to movie and then dinner and instead of a conventional cinema, we headed through a murky graffiti tunnel underneath a London train station to reach perhaps one of the quirkiest cinemas in London town. No, I haven’t inhaled too many of Pumpkin’s mulled wine fumes and all is about to be revealed. 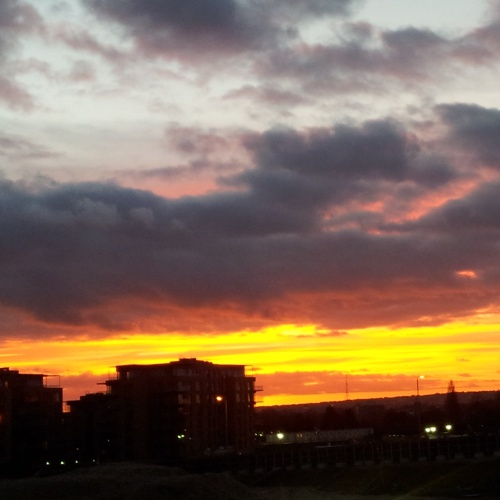 The Underground Film Club run by the brains behind the Rooftop Film Club experience is a pop-up film experience, which I stumbled upon whilst looking for a last-minute Christmas day out. You may remember me mentioning in one of my recent posts, how Pumpkin plays the role of Scrooge rather well whilst gradually thawing to the idea of Christmas the closer it looms. And what better way to facilitate that than to drag him to a screening of The Muppet Christmas Carol at this most alternative venue.

Underneath London’s Waterloo station, we followed the instructions to get to The Vaults and that was where we found the graffiti tunnel. 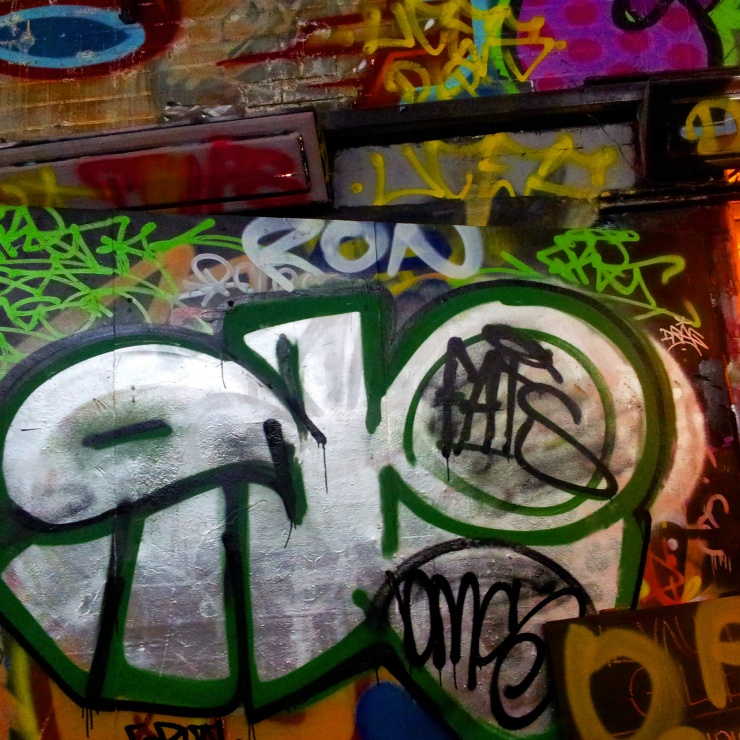 Quite how I never knew this existed remains a mystery to me but it was full of colourful murals, artists in action, spray cans scattered like litter whilst the owners spun their creative yarn and the fumes told their own tale. We walked into the entrance labelled The Vaults but found this was actually a small gallery and not the cinema we were searching for, whereby we finally swallowed our pride to ask for directions. 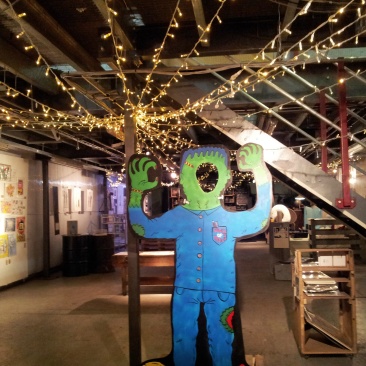 If you’re heading there and get stuck too, walk up the ramp in the tunnel, come out the other end, turn left and you’ll see a side road next to a branch of Iceland supermarket. We were ushered in by staff, who were clearly expecting lost cinema-goers to be straddling the streets. 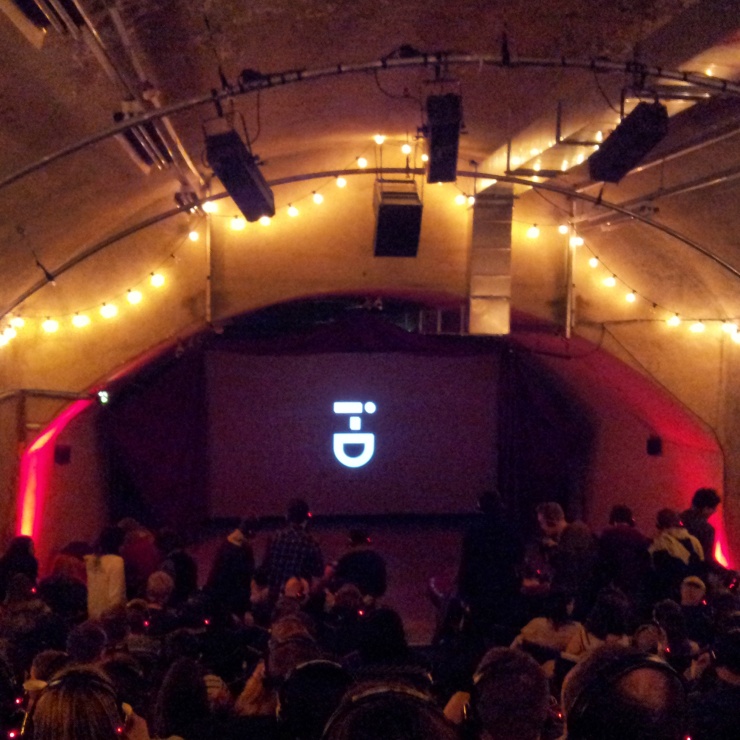 Upon entry to the slightly creepy underground space, we were handed our comfy, wireless headphones. These were to be the mode through which we would hear the film, displayed on a large screen in a small but packed out room (book ahead to avoid disappointment and head for the more soft seats at the back.

If you’re sensible, you’ll arrive earlier to make the most of the fabulous bar with a combination of sofas and slouchy chairs that you could almost fall asleep on or to grab yourself some cocktails, mulled wine, cherry tarts or stay classic with some salty popcorn like me. 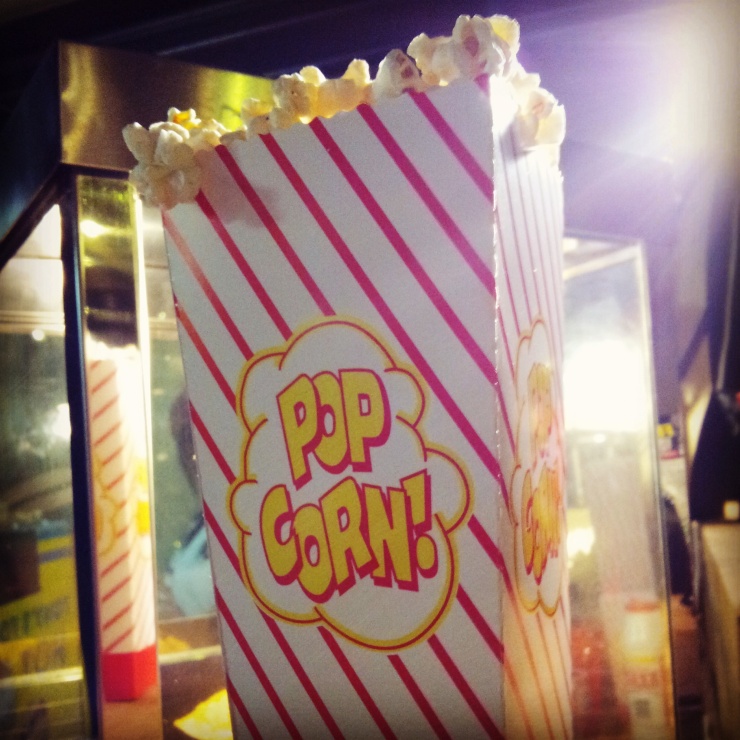 This semi-comatosed chap gave me the fright of my life when I first walked in and for a fleeting moment, I feared I may need to use some of my professional skills on this Saturday night to resuscitate him before realising, with a sigh of relief, that he was in fact fake. As we watched the film, we giggled at the endearing muppets and felt the ghost of Christmas present waft over us, only occasionally interrupted by the sound of the trains rumbling above us.

We ended our experience by having a mess around in the retro photobooth, which created some rather unique Andy-Warhol style snaps of the four of us, which I’m sure we’ll cherish when we finally feel too old for these shenanigans. Something tells me that’s a long way away though, so for now, we’re happy to keep seeking out London’s exciting quirks – in a city like this, it can be difficult to remain intrigued and surprised when you’ve been so spoilt for choice so it’s just as well that it never disappoints.

Merry Christmas to you all!