I love you and I have done since I was 3 years old. I remember you fondly when we are apart. You make me feel alive.

Are these the words I write to my soulmate today? I confess they are not. Am I reciting the script of a Dawson’s creek pilot? I empathise with your suspicions but sincerely, I hope I am not.These words are for you New York City, for you and you alone.

When I was asked by Anna (Slightly Astray) to participate in the Accor Hotels A Tale of 3 Cities blogger competition, I wanted to pretend that choosing the city would be exhausting, that I would drown in my traveller dilemmas about how to even commence the shortlist. This, they say, is the point one starts the brainstorm, drawing irritatingly cluttered spider diagrams but no sooner had I finished reading Anna’s tweet, I knew instinctively what my answer would be.Taking London out of the equation (it captures my heart infinitely but I’m not oblivious to the bias so intrinsically intertwined with calling a place home.)

New York City – The Background to the Love Affair

My first visit to New York is a faint and shaded, vintage Instagram filter of a memory. I was a talkative 3-year-old, fiercely protective of the Statue of Liberty rubber my parents had bought me. It was my most cherished possession and remained carefully sheltered in my box of treasures through my early childhood in Saudi Arabia. It survived my move to England, my university and house moves and I still know exactly which drawer of which table in my parents’ home it lives in. I lose EVERYTHING so you will understand what this cheap piece of rubber actually means to me.

And somehow, this little memento was to underpin my life milestones, as New York City became an integral part of some of the most memorable moments in my life.

1) New York City – my first travel destination as a doctor.

When I finished medical school after 6 years of training, exams and fees, my first pay pack went straight into New York City, straight into that horse carriage ride through central Park with the elegantly dressed chauffeur. It went straight into the Times Square hotel that I knew was over budget but brought me within inches of the neon lights that would make me gasp with wide-eyed awe.

And it went straight onto the Staten Island ferry to see the taller, sturdier version of my souvenir – the actual Statue of Liberty, to have its patriotic, powder green facade standing proud face to face with me, as if my little souvenir had brought me back after years of dreaming.

I love this city, where pristinely-iced, colourful cupcakes clad in dainty paper cases find me with no effort; where I don’t need to read reviews or seek recommendations for great food – it’s just on every corner. 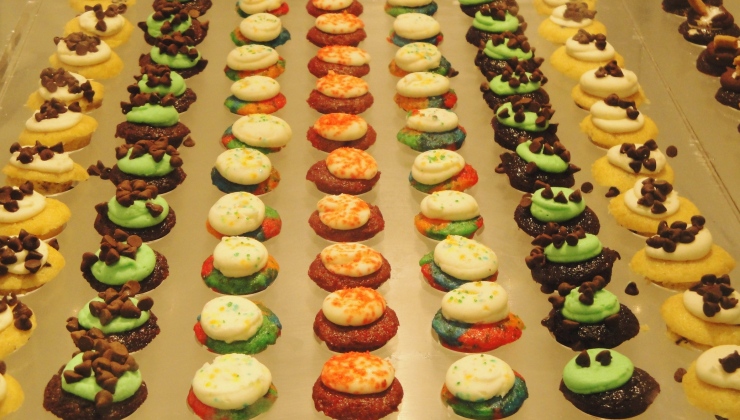 Despite always wanting to venture somewhere new, I knew immediately that there was nowhere else I’d rather travel to for my first voyage with Pumpkin. Because the butterflies I felt in my stomach the first time I stepped off the train at Penn Street station and stood in the shadow of those skyscrapers, were every bit as potent and every bit as electric as when I first met Pumpkin.

And that fortunate day, nearly five years ago when I met him on a blind date, I was bursting at the seams with optimism when a hazy deja-vu engulfed me because I remembered that New York City fills me with that same sense of belief. And I ponder over whether my un-oppressable glee was an annoyance to the staff on board  that Virgin Atlantic flight from London to New York.

3) New York City – out of one decade and into another

And if you still don’t believe my love for New York City, then my words fail me but let me tell you this. When I celebrated a significant birthday a couple of years ago, I stayed true to myself (I can’t be accused of being disloyal at least) – I dreamt of New York City once again but ultimately, at times of joy, I love the pleasure of having friends and family around me.

So we brought New York City to London instead. To our living room. Our guest of honour, The Statue of Liberty, made a cameo appearance to remind me why through all these decades, it has been a constant on my journey (even if it was just as a cardboard cut out this time). It joined us of course as it has done through all these decades as we feasted on New York cheesecake, Coney island hot dogs and as we drank Cosmopolitans and looked at the skyscrapers at night-time. 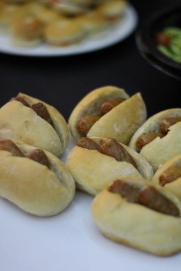 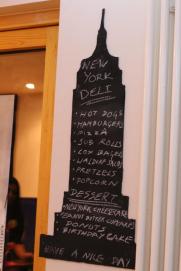 Start spreading the news. I’m not leaving today but I will see you one day again soon, New York City.