Those who know me well will attest to the fact that I am not a fussy eater. I don’t eat beef, I have never warmed to mushrooms and do not even get me started on Marmite! Beyond this though, I am fairly flexible and usually comfortably settle into the gastronomic backdrop of destinations and restaurants without much ado. That’s not to say that I don’t have my favourites though, which include South East Asian, Middle Eastern and from my most recent travels, Italian cuisine.

As we boarded our flight to Italy in June, I was already sniffing out the aroma of Tuscan truffles, yearning to locate the chocolate chips cocooned inside Sicilian cannoli and seeking out the velvety feel of a grandmother’s flawless gnocchi. In Venice though, I had no idea about local specialties. What were the hallmarks of Venetian cuisine and were there any foodie experiences I must not miss in this canal-laden city? 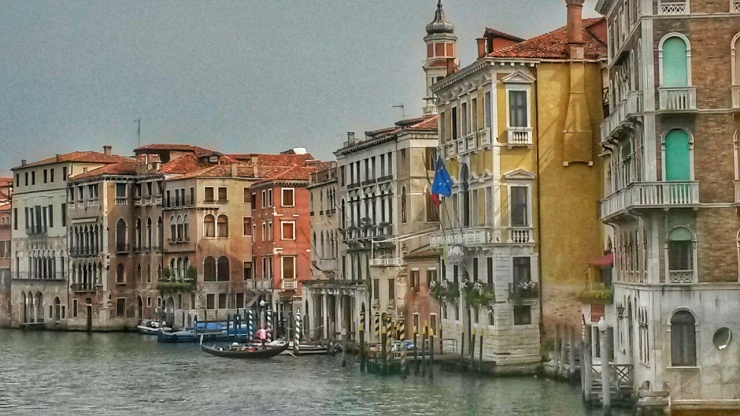 In the preceding days, we had taken a city walking tour of Florence with Walks of Italy. When they discovered that I was continuing my Italian dream in Venice, they got in touch to suggest we join them in uncovering the best Cicchetti in Venice on a Venetian Cicchetti and wine walking tour.

Regular readers (hi Mum and Dad!) will know from the food tours I took in Ljubljana, Marrakech and here in London, that I have loved this way of experiencing a city and given that neither Pumpkin nor myself had any idea what Cicchetti actually meant, we figured it would offer us a much needed education.

The Walks of Italy Cicchetti and Wine Food Tour

We met our gregarious guide Moses and our small group of ravenous revellers began a culinary expedition through the back streets of Venice, primarily situated around the Rialto district, home to the eponymous Rialto Bridge, which sadly did not quite live up to my expectations as one half of the bridge was being refurbished, making it difficult to appreciate fully.

Along the way, as well as sampling generous portions of the Venetian fare, we were given an insight into the history of the area, the little architectural details as well as the food culture.

Cicchetti comprise small, snack-like, individual portions of food, different to a plate of tapas or mezze for example, which are intended to be shared. 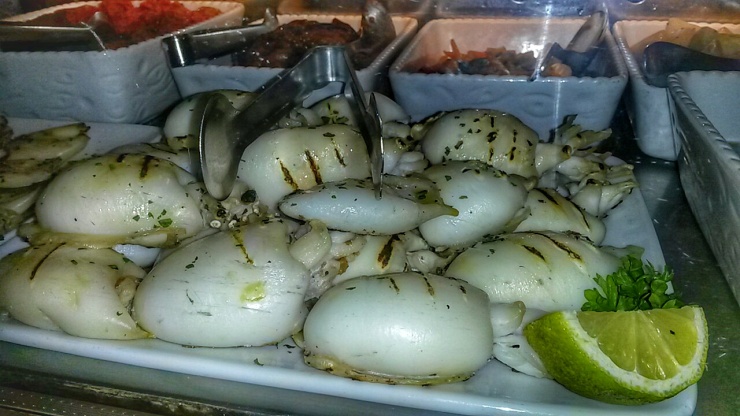 However, the social aspect still very much underlies Cicchetti, as groups of friends or colleagues may nip out mid morning or during the day and pop into a Bacari (a place to have fun with friends) for a glass of wine with Cicchetti.

And in case you are wondering, it is pronounced “Chick-et-ee.”

Wine drinking in this way is almost always accompanied by food and given that it is a city where people walk or take public transport, a glass of wine in the middle of the day isn’t just considered socially acceptable but actually a completely normal part of day to day life.

As for the Cicchetti themselves, many were bread-based or battered in some way so go light on breakfast before taking this tour and as with any food tour, I would suggest anyone with specific dietary requirements makes enquiries regarding this prior to booking. 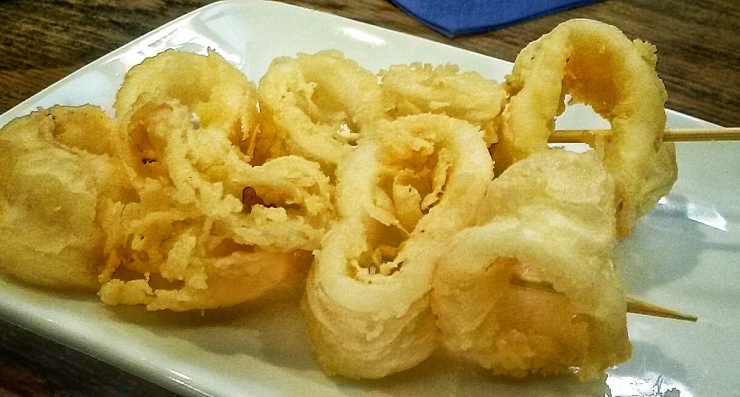 I am a teetotaler so Pumpkin was the willing recipient of my wine allocation during the tour and I would soon learn that to the Venetian people, us teetotalers are about as easy to comprehend as aliens from another galaxy. Wine is such an integral part of the culture that many children in Venice have grown up receiving lessons in wine and alcohol to allow them to embrace and understand the wine culture as there is a fear that those who do not drink alcohol may not fit in well into local society in the future. Good thing I reside in London! 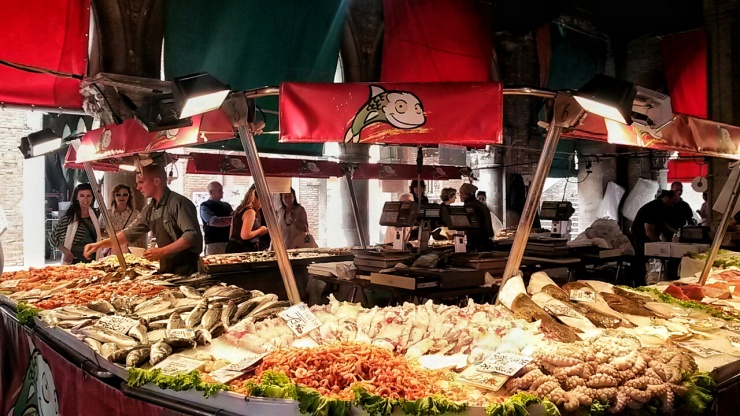 After a few mouthfuls of carb-loading, we walked over to see a huge fish market, where a characteristic seafood stench lined the overarching roof and we also stopped by a more modest fresh fruit and vegetable market.

Local cuisine focuses strongly on seasonal ingredients so were told, for example, that fresh tomatoes would not normally be eaten in winters but during our visit, zucchini, asparagus and artichokes were very much flavour of the month. 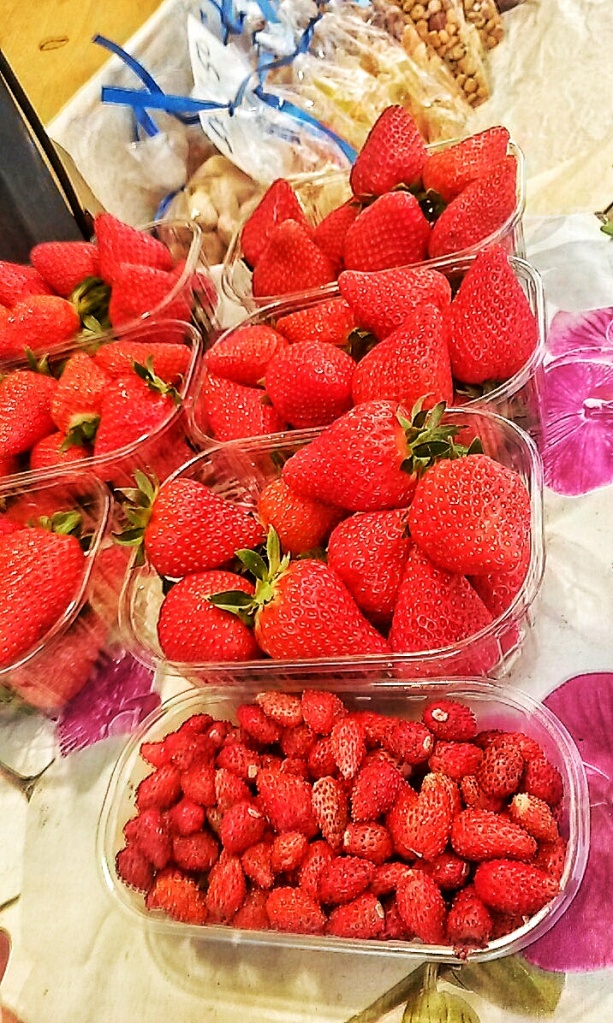 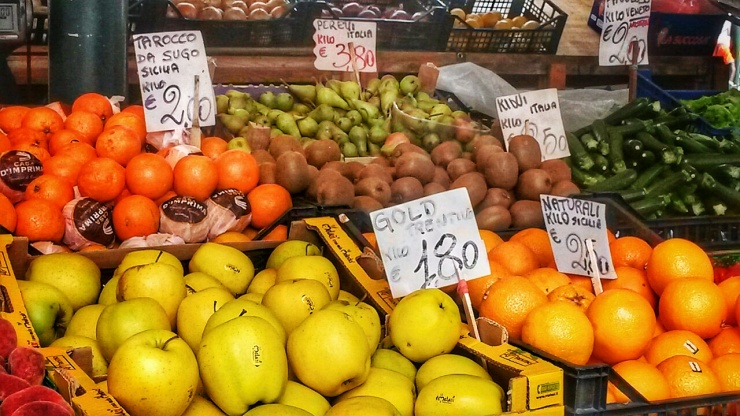 For the freshest fish purchases, locals arrive shortly after dawn for the best catch of the day. 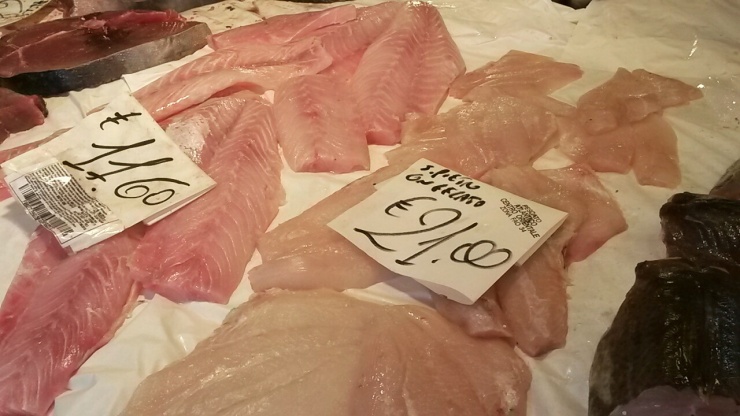 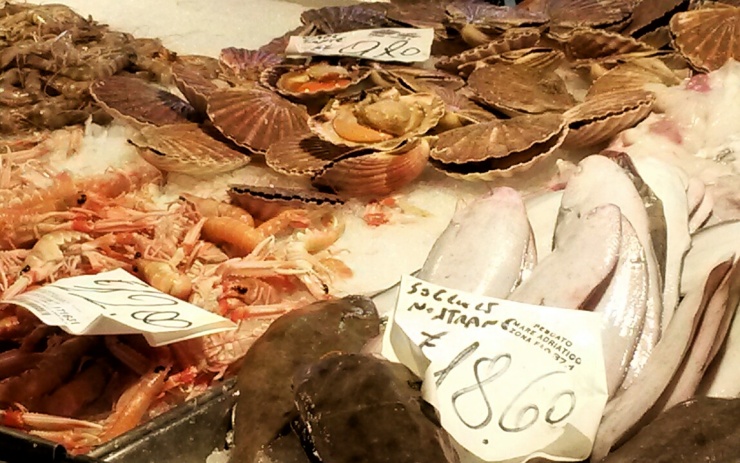 Within minutes of meeting Moses, it was apparent that he felt very much in his element talking to us about Cicchetti and wine culture, having lived in Venice for approximately 7 years and what I particularly enjoyed about this tour was the way in which we were made to feel like locals for the morning.

We ambled in and out of some of his favourite local Bacaris with virtually no tourists inside. The Cicchetti may vary from day to day so Moses looked at what was on offer on that particular day and selected a range of different items for us to try. At some places, we sipped our drinks, perching against outdoor tables and at others, we sat inside to enjoy fresh, hot Cicchetti in more of a restaurant setting.

There was a large variation in age and geographical backgrounds in our group and yet the tour was paced out in a relaxed, informal way so it felt as if we were taking a leisurely morning stroll around the city (and eating a lot in the process!)

Have you ever tried Cicchetti in Venice?

Disclaimer: We were guests of Walks of Italy during this tour but I am an opinionated little lady and all views, good or bad, are entirely my own.