As far as a Middle Eastern tourist destination goes, Abu Dhabi is frequently overshadowed by its sister UAE province, Dubai, which has seen a huge surge in tourism over the last decade or so. Pumpkin and I happened upon a short break to Abu Dhabi when we booked an Etihad Airlines flight to the Seychelles and we had no intention of turning down a chance to explore a new country that was en route anyway. 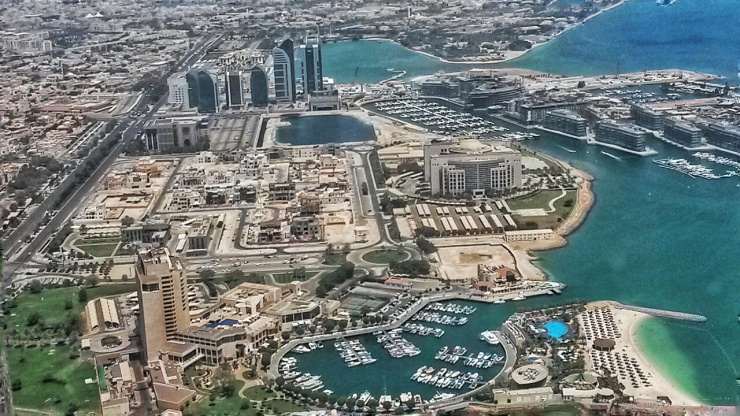 What can you do in Abu Dhabi apart from amusement parks and desert safaris?

Usually when I choose a destination, I do so with the specific intention of experiencing certain sights but aside from the Grand Mosque, which I knew I wanted to see, I found myself pondering what on earth we would do during our time in Abu Dhabi. And that continued right up until we arrived there! My travel itineraries are increasingly becoming more spontaneous and unplanned and the unfamiliar malleability it affords is a feeling I am finding rather liberating.

The Yas Marina Circuit and Yas Waterworld kept cropping up as places to visit, as did various shopping malls but Formula 1 excites me even less than shopping does and I couldn’t picture myself traipsing round a theme park during an Arab summer! And then there was some talk of dune bashing on a desert safari but given that I feel motion sick on flat roads in the UK, I figured that probably wouldn’t be sensible. At home, I usually overcome the nausea by being the one to drive on long journeys but if I attempted this on the sand dunes, I suspect neither one of us would have made it home.

The Observation Deck at Jumeirah at Etihad Towers

Jumeriah at Etihad Towers is one of the most architecturally impressive hotels in Abu Dhabi, its 3 peaking towers standing proudly, face to face with the Emirates Palace Hotel. Other than its own hotel guests, Jumeirah at Etihad Towers attracts tourists from all around Abu Dhabi, in part due to its array of glamorous bars and fine dining restaurants (I highly recommend Li Beirut for top notch Lebanese and Arab cuisine) but also because of the Observation Deck at 300, which boasts panoramic 360 degree views across Abu Dhabi.

I have always found an aerial view to be an intriguing perspective to view a city but I arrived rather ambivalent about what to expect as on the ground level, walking around Abu Dhabi’s wide boulevards with fast cars and discrete sharp-edged buildings, I hadn’t yet warmed to the city aesthetically. 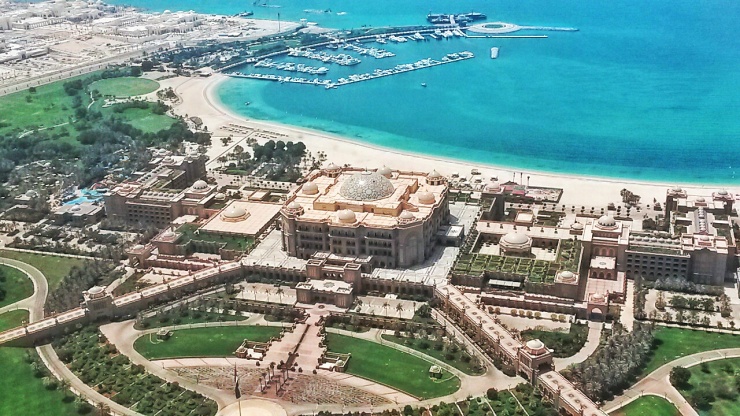 And with an achy pop of the ears, we ascended the towers and the contrasting hues of barren terracotta landscapes being framed by the clean lines of the skyscrapers piercing the bluest of skies had me reconsidering my stance.

What to know about visiting the Observation Deck: 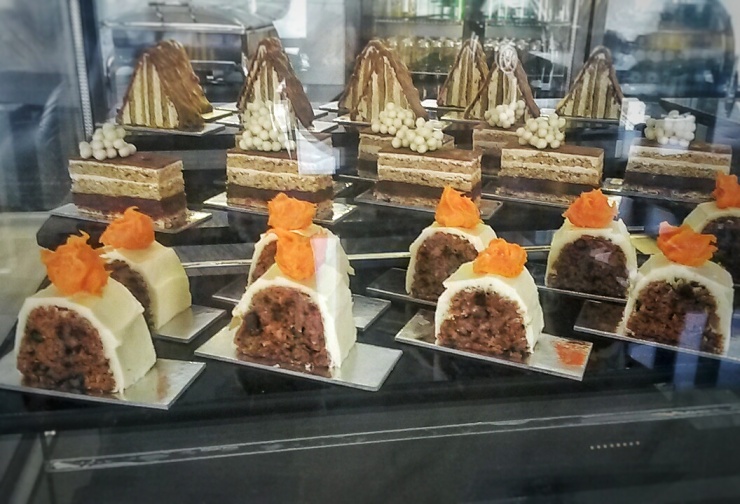 You would be forgiven for thinking Emirates Palace is a palace (the name hardly makes you question otherwise) but in truth, this is a world-renowned, glamorous hotel.

Now, even if you don’t routinely go hotel hopping, this is tourist-attraction worthy in its own right in the same way as are The Marina Bay Sands in Singapore or the Burj al Arab in Dubai. Unfortunately though, we did run into some issues:

No trip to Abu Dhabi would be complete without a visit to the Sheikh Zayed Grand Mosque. If you only have time to explore one sight during your UAE break or if you are stopping by during a long layover, this is the one not to miss. The mosque is a truly stunning and opulent architectural masterpiece and is open to tourists daytimes and evenings except on Friday mornings. An attraction this spectacular is worthy of an article in its own right and I will soon feature another post, packed full of day and night photos of the mosque as well as plenty of useful tips to help you plan a visit here. 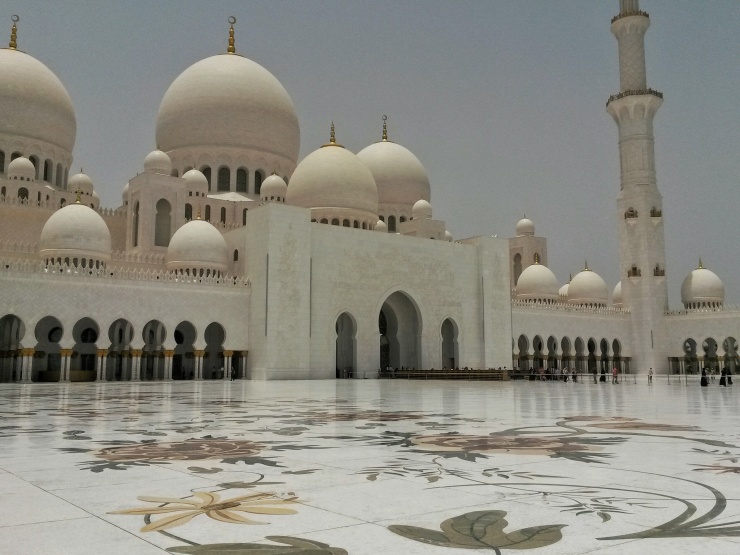 In the interim though, here are a few teasers and at the very least, I would suggest checking about opening times and dress code before you visit.

I personally love exploring religious monuments, so much so that a good friend of mine who accompanied me to Thailand almost exactly a decade ago, once uttered the phrase, “no more temples – please!” However, even if this isn’t your usual area of interest, this mosque is an astounding sight and we were fortunate that the shimmering night views of the mosque were visible from the lavish Ritz Carlton Grand Canal Hotel, which is ideally located for visiting this attraction.

I must admit that we stumbled upon this bridge purely by chance whilst we were in a cab journey at night but were so taken by it that both Pumpkin and I wished we could somehow have stopped to photograph it.

As it turned out, when we arrived at the Ritz Carlton, we found that the canal side part of the hotel happened to  offer an ideal vantage point to see this bridge again after dark and off we went, armed with our cameras and phones.

Despite our reservations about how we would fill our three night stay, we managed some lovely, slow-paced sightseeing whilst still having plenty of pool time, which frankly, is the only antidote to the soaring temperatures.

Have you ever visited the UAE? What are your suggestions?