In the last few years, departure from the Big Smoke has become an emerging trend amongst my London-based friends. A multitude of forces drive this – the desire for larger homes at lower cost, the bemusement with how it takes an hour to travel five miles, the mumblings pertaining to pollution and crime.

It make sense. Oh, it makes such sense but I have never been governed by logic and my heart’s allegiance to London is yet to falter although even I occasionally need a reminder of why… 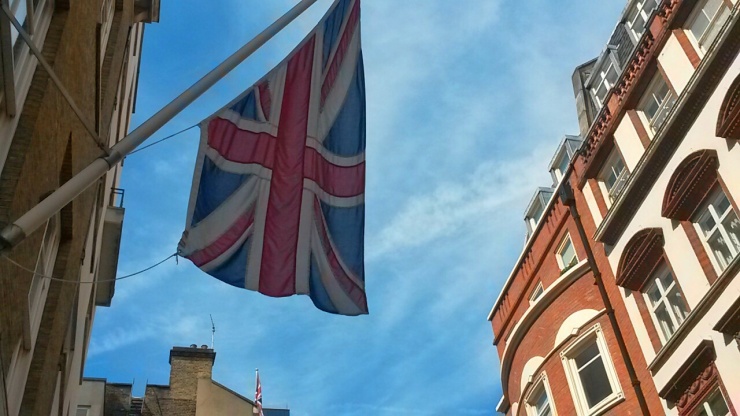 The Piccadilly and Petit Fours Tour

As the heatwave made a resurgence on a glorious Sunday in August, I met Yannick (the independent tour guide behind London Unravelled) and a lovely group of bloggers at Green Park. The Ride London event was going on the same day so the park was heaving, which only amplified the sense of peace in the concealed courtyards, covert mews’ and treasure-box spaces that we were about to discover.

Yannick is a fountain of knowledge when it comes to culture and history but kept us on our toes as he shared his pearls of wisdom by dropping hints and clues about what was to come. I shall try and mirror his ethos, giving you tasters into our day without ruining all the surprises for those of you tempted to go.

Even if you think you know London well, trust me, this tour will surprise you.

We paced in an orderly, single-file fashion through a narrow passage near Green Park and a mere parallel street away, the decibels plummeted, as we stood in the shadow of an elite hotel finding tiny mosaics in the most unlikely places and those classic blue plaques that tell so many stories.

London is peppered with these plaques and the first one I spotted was during my student days when I found a sign commemorating Mahatma Ghandi’s student home. My grandparents lived through the transition of India’s independence from British rule so that chance discovery was a rather special one and I’ve loved discovering other similar plaques ever since. 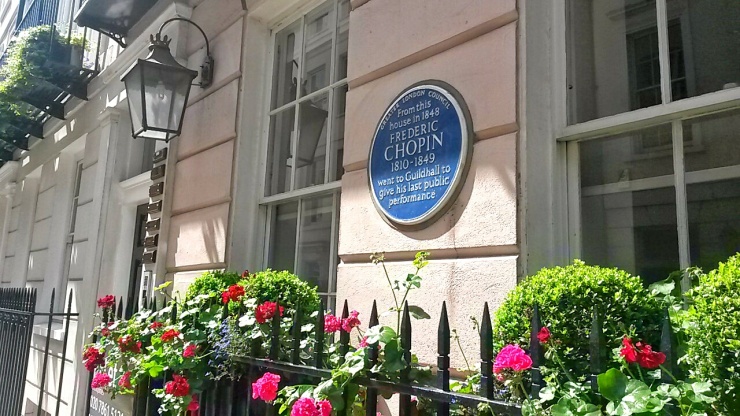 When we walked on to this utterly quaint al fresco cafe in a hidden mews, I felt I had been transported back in time. Even on a day where most Londoners had departed their homes to bask in the sunshine, this idyllic cafe retained a tranquil ambiance, whilst jut a few locals capitalised on their London know-how. 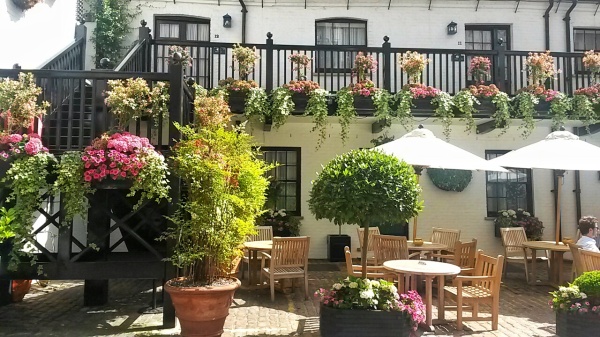 And indeed, my hunger only grew more as we explored Winston Churchill’s favourite cheese shop.

Yannick explained to us why it was that one of London’s oldest wine shops was also frequented by customers wanting to weigh themselves but reassured us all that activity would not be part of our tour, for which I was eternally grateful! 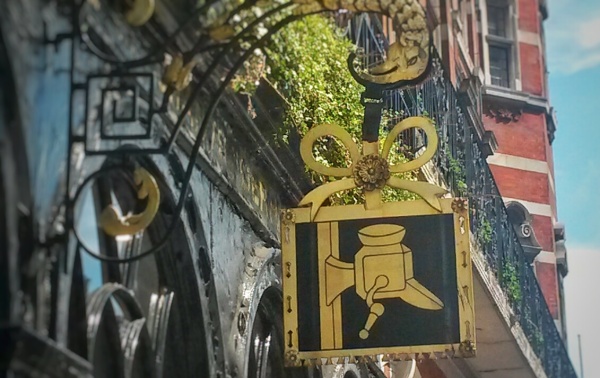 As we spotted gaslights glimmering in narrow alley ways and milliners for London’s rich and famous, I wondered if I had strolled into a Dickensian era. 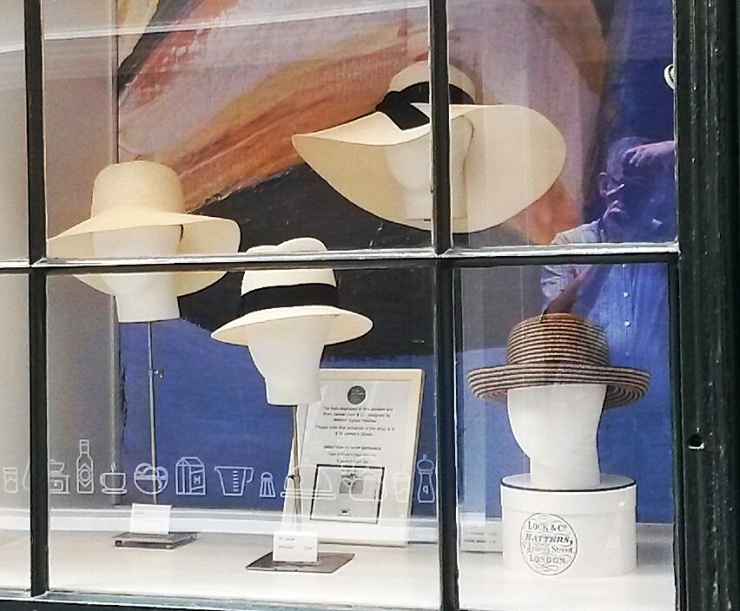 Our first sugar hit came at a tiny open square, once the location of public duels and gambling dens and thought to be London’s smallest open public space.

We neither partook in gambling nor duelling (!) but to keep us out of trouble, Yannick surprised us with some chocolate covered coffee beans, purchased from a Turkish store in the Piccadilly area and which came as a much-needed caffeine rush.

The regal Fortnum and Mason store was the location for our first Petit Four. I recently wrote about The Parlour Restaurant inside but frankly, from the minute you step in, fine food temptation surrounds you.

We all stared gawping at the marshmallow counter, where I, predictably, opted for the salted caramel. Its pillowy, melt-in-the-mouth quality laid the foundation for the subtle, salty aftertaste.

As the calories sank in, we were taken to a small secret garden, where couples read the Sunday papers lazily on benches and a painter watched his easel with thoughtful contemplation. My own reflections revolved around what other undiscovered patches must be lurking in London that I know nothing of. 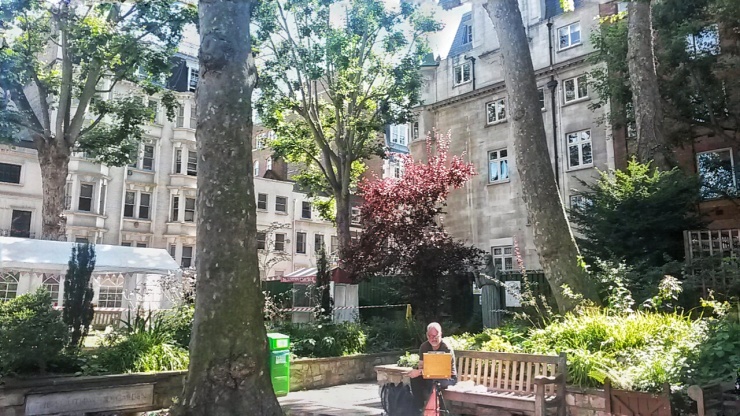 At our next Petit Four stop, small globes of indulgence sat against the backdrop of explosively coloured packaging. 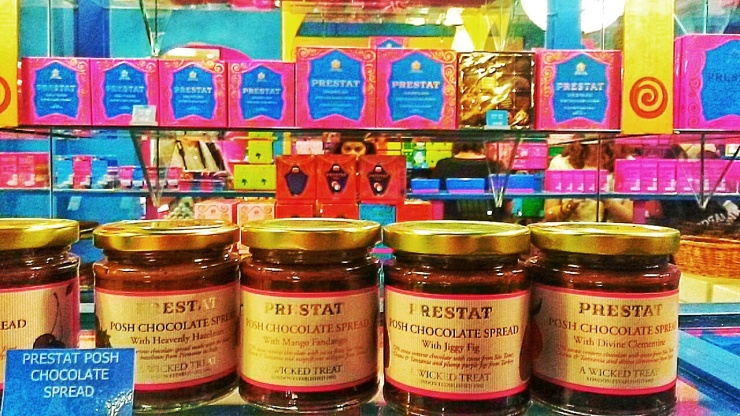 I am a huge fan of nutty chocolates and pralines (hint hint Pumpkin) and chose the almond milk chocolate truffle accordingly.

Luckily for us chocoholics, this was the first of two chocolatiers we would visit and if the second one is good enough for Her Majesty (apparently one of her favourites), then it is certainly good enough for me!

It was a rather nice touch on this food tour to have the option to make our own selections at the different stops.

One of the hallmarks of the shopping scene in Piccadilly is the presence of roofed arcades such a the Burlington and Royal Arcades and several of the shops we visited are housed under their well-dressed arches.

I loved the longitudinal views gazing down the lengths of the arcade, especially as the shops were shutting and crowds dissipating, allowing us to appreciate the structural beauty of these arcades in a new light.

By now, I was starting to feel a pinch at the waist, which was not ideal when meeting a man as handsome as this.

Rumour has it, he spent nearly 5 hours getting dressed. Perhaps a tad unrealistic in the modern era but doesnt he look dapper in his three piece suit? The man in my life rarely spends more than 5 minutes getting dressed 😀

Now, if you are counting Petit Fours as you read along (and you are TOTALLY on my wavelength if you are), then you’ll know there are still a few missing but before I reveal them, I wanted to share one of my favourite secret finds of the day, which was London’s OLDEST red telephone box near an impressive art installation.

Red phone booths are such an integral part of London heritage and I once shared with you my love of the phone box libary in Lewisham so this little anecdote in Piccadilly is one I will be excited to share with others!

No Petit Fours tour would be complete without macarons and if you are partial to these airy, Parisienne bites of heaven, it is worth looking at Yannick’s Macarons and Mews tour, which I firmly have my eye on!

Deciding I need something…err….healthy, I chose apricot and the ones I bought for Pumpkin were demolished in less than 40 seconds.

Now, have I saved the best for last? It would be a little unfair to say so, as all the treats were mouth-watering but I particularly adored the Japanese bakery, where mellow music complemented pastel decor to invoke a soothing space for their naturally-made sweets. 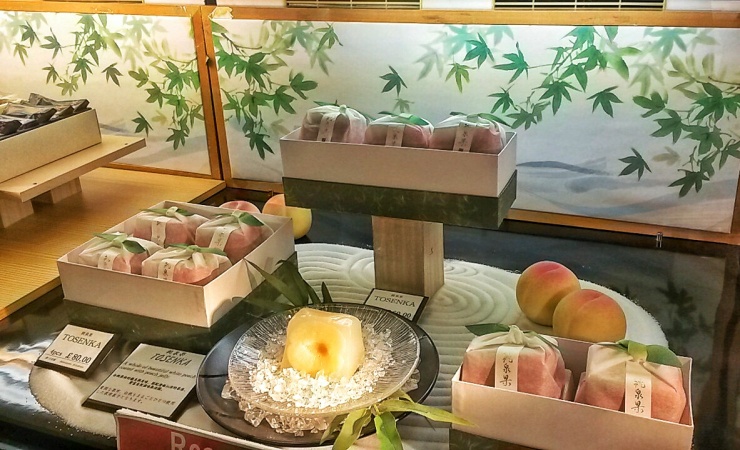 The staff were full of warmth and those who know my love of matcha desserts will know it was a no-brainer for me when I was given the option of a peach or matcha mochi.

Personal Reflections on Life in London

During my first week at university, I tried to familiarise myself with the streets of Kensington and I remember the fresher’s week boat party on the Thames, where I hoped I would make new friends.

I graduated a few years later in the dome of the Royal Albert Hall and went on to work in the vibrant melting pot of East London. I resided in St James’ Park in the heart of tourist London and walked with Pumpkin along Piccadilly on many an evening before finally getting married and escaping to the leafier spaces of Greenwich.

You see, the city of London comprises just one tiny fraction of the world we live in – but for some of us, it is our world and the Piccadilly and Petit Fours tour went a long way towards reminding me of the wonderment and beauty buried deeper within its corners. 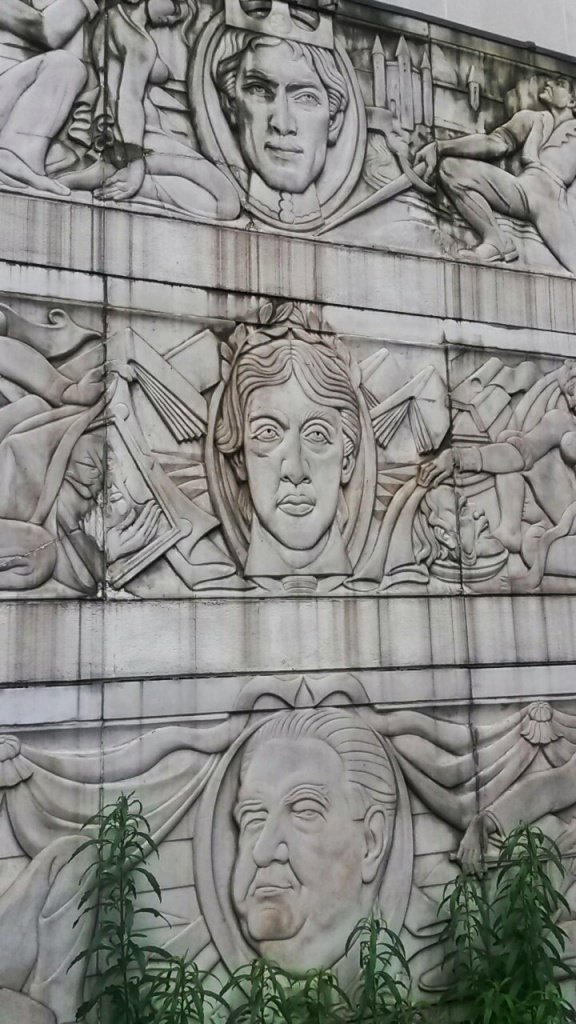 Have you ever seen your home town in a new light?

You can read more about the Piccadilly and Petit Fours tour here, including a mug-shot of my happy face during the tour. Tickets can be purchased here and at the time of publishing cost £15 / head, which is an absolute bargain for a London tour, considering what you get for this price.