Some journeys are about the pursuit of pleasure and the exploration of lusted-after destinations; some are a quest for self discovery. Some voyages are about understanding your roots and origins and some, in contrast, are about retracing the steps taken by your loved ones.

This journey was one of those. 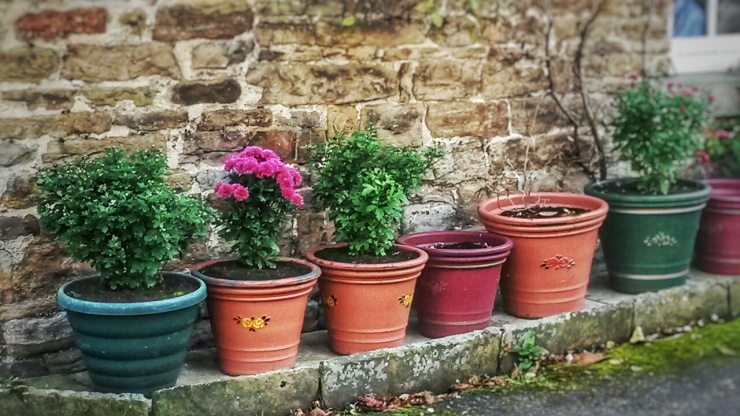 Nearly 40 years ago, my parents departed the warmer climes of northern India and landed in the more unforgiving, icy-cold winds of North East England. My Dad still remembers the one single suitcase and 5 pounds he arrived with and the life he founded with those simple staples, spurred on by his infallible work ethic and his larger than life dreams, dreams which did indeed come to life.

As I would grow up, I would find it entertaining that so many of our family friends had their own ‘5 pounds and a suitcase’ tales, each one equally poignant, equally inspiring, equally incomparable to anything I could ever comprehend.

One of the first places my parents would call home in the UK was a small village you most probably have never heard of – a friendly place known as Shotley Bridge in County Durham. A district general hospital once stood there and the embracing, welcoming hearts that filled its walls provided a sanctuary of warmth and reassurance to two scared young adults, embarking on a new life.

One of those compassionate, caring souls was a nurse, who would take my Mum and Dad under her wing and provide them with the type of friendship they had never imagined possible in their new world, one that continues to this day. After my sister and I were born, that very nurse became our Godmother and despite the long geographical distances between us, Auntie E has always been another Mum to us.

It was with great pride and excitement, therefore, that Pumpkin and I traversed the country in September to try to get a long-overdue glimpse into this region of England and to explore some highlights of Durham, Northumberland and the North East of England, guided by our resident experts, Auntie E and her husband. I had not realised quite how much there is to see and do and two nights was not nearly long enough but having seen how picturesque this part of the UK is, I need no persuasion to return. 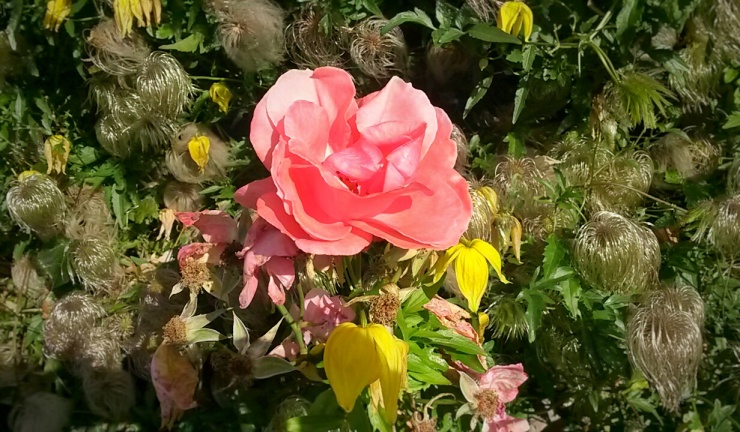 Lindisfarne, a small holy island, filled with historical and religious heritage, can be reached by a road that runs literally through the sea and is by far the most remote place in the UK that I have ever visited.

It was a reasonable drive even from the cosy pub hotel we were staying at in County Durham but with its rugged coastline, serene abbey and castle views, it was worth every mile. 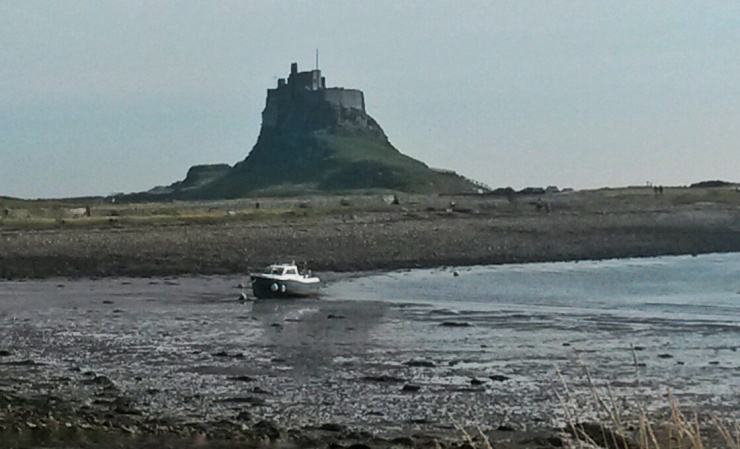 Just make sure you check out the daily tidal information to avoid driving there or back at a time when your car is most likely to end up submerged under the North Sea! I kid you not. There is even a raised safe house for shelter on stilts raised above sea level for those who get trapped.

For me, no visit to the British seaside is complete without fish and chips but given that it isn’t known for being a particularly healthy meal, Pumpkin and I tend to reserve our chippie quota for seaside breaks and on this occasion, it was a colourful, fishing village called Seahouses. Having reached at around 3pm, we were ravenous and dined al fresco on wooden benches outside the chip shop in the sunshine and blue skies (not something I imagined I would be saying about a September day in Northern England.) 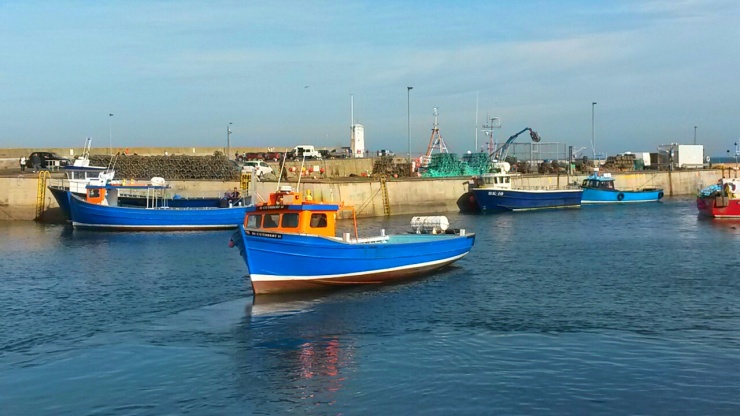 With the crisp sound of our teeth penetrating the batter and the sharp taste of vinegar lingering on our tongues, we sat back to take in the view of the old fishing boats carrying their faded paint well, whilst the seagulls circled above us with virtually no one else around, an unfamiliar trend I was increasingly becoming aware of in Northumberland.

The warmer months allow you to take a boat ride from Seahouses to the remote Farne islands, an ecological haven, where you may even be lucky enough to spot puffins.

I must admit that my anniversary visit to Leeds Castle last year made me realise how much I take it for granted that I live in a country dotted with so many magnificent, historical castles. 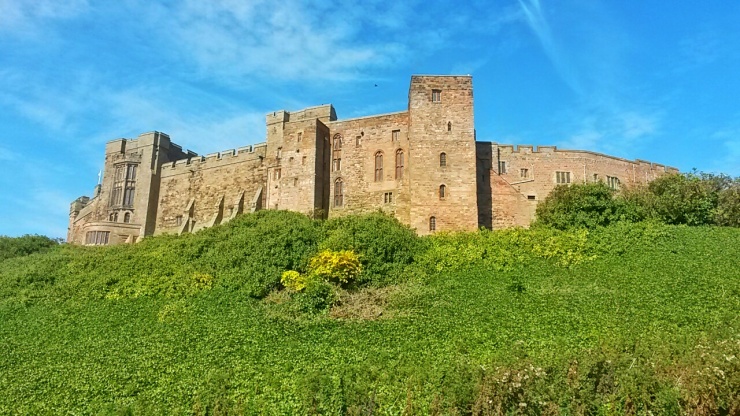 The impressive brick-red Bamburgh Castle faces the sea and as I stretched my neck in true ostrich fashion to look up to the fortress that made me feel so tiny, I gained an appreciation as to just how important these castles were from a defence point of view in years gone by. 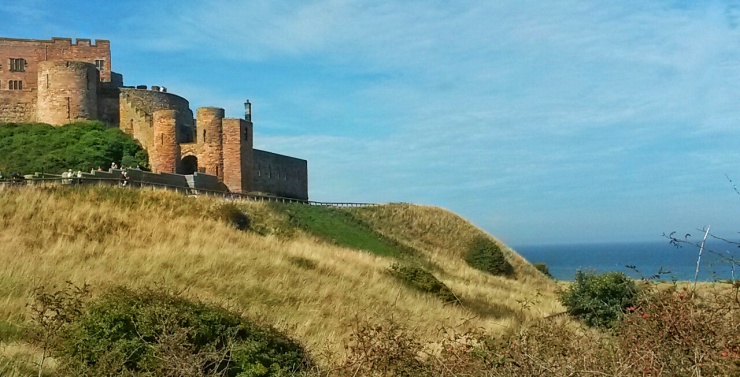 Once you have completed your castle experience, walk just a little further up the road to discover the most wonderful ice cream shop with a tempting array of novel and classic flavours.

With a tiny population of just a few hundred people and its cosy, stone houses, the miniscule Blanchland in Northumberland is a real-life Instagram filter of a village.

This is the England of period drama movies and of ancient postcards and yet, somehow, perhaps by virtue of its tiny but loyal community, it appears to have remained completely unscathed by the transition through time.

The first sight of this little, crimson door had me momentarily pining to be a village GP in a place like this, a rustic door harbouring secrets of laughter and woe and a dramatic contrast from the shiny, multi-purpose, multi-floored London surgery I work in.

Some of you might know what I do for a living. If you do, then take a careful peek at the sign on this door to understand why, upon seeing it today, I instantly wanted to transport my working life to this idyllic Northumberland village. And if you don't know what I do, the sign of the door will definitely give you a hint..😉 #loves_britain

In fact, I was so intrigued with the stories that must lie behind this little door that a photo went up on my Instagram page as soon as I had the chance and before I knew it, a local resident had spotted it and filled in a few of the blanks. This, in my opinion, exemplifies precisely the intimate sense of community spirit so rife and apparent in village locations like this.

From the old to the new: countryside retreats are all good and well but viewing The Sage in Gateshead, gave us an insight into its to the more fresh, urban and edgy side of North East England. 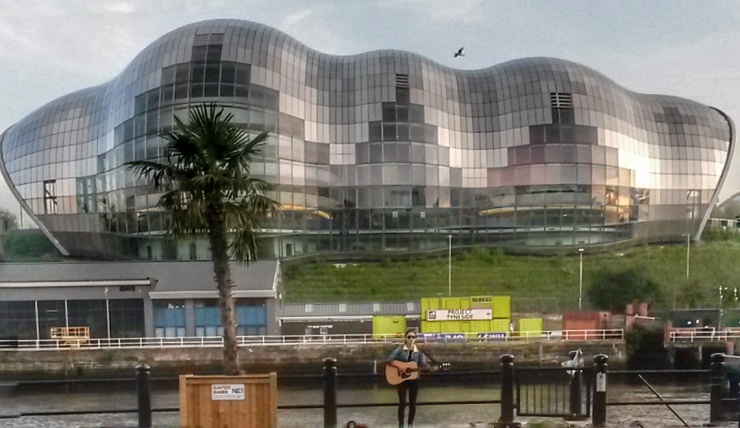 The performance venue, which opened in 2004, hosts musical performances and provides a forum and space for music development and education and is the location for renowned festivals such as international jazz festivals. Its quirky design and architecture certainly catch the eye and in my opinion, although it is a structure likely to divide opinion, personally, I was quite taken by this funky, partially reflective monument.

The market town of Hexham was a pit stop we made after my Dad had suggested I visit, recalling his own memories of the place from the 70s. With a beautiful open air park, the Queen’s Hall Arts Centre and Theatre and an abbey with a crypt dating back more than 1300 years. Hexham was indeed a beautiful little town filled with the usual culprit well-known high street shops. 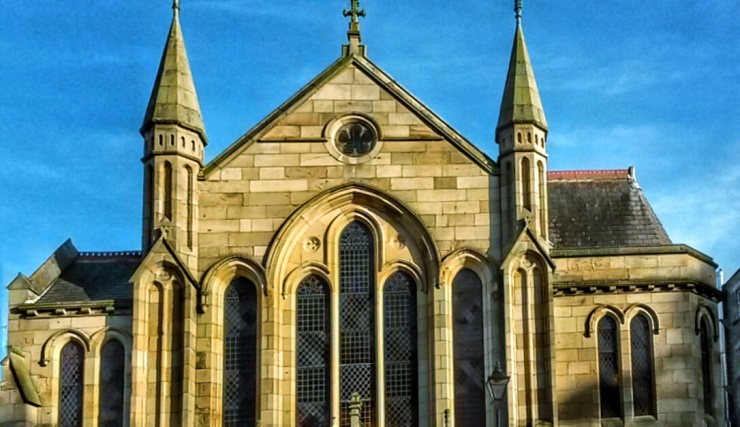 I am not sure I would describe it a tiny village as compared to somewhere like Blanchland for example but to relate to how my parents must have seen it, I tried to imagine how Hexham must have looked on an ordinary day in the 1970s.

Our mini break in the North East ended with a morning spent in Durham before we proceeded onto a hectic afternoon in York. For reference, half day sessions in both of these locations does not do them justice but with work looming the next day, we were on a clock.

The university town feel of Durham is very much alive though I think we were visiting just before the annual academic year had started and it seemed there were more tourists wandering around than there were students, as far as we could tell.

At the very least, Durham Cathedral and Durham Castle must be seen but I enjoyed the ambience at the main square in Durham, which almost had a slightly continental European feel to it with impressive statues dotted around, raised balconies and benches around the shops. 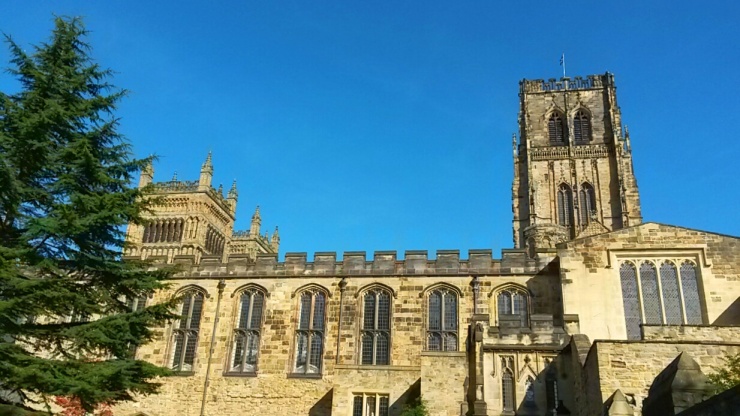 If time permits, a waterside stroll also enables you to see the castle from a distance giving scenic viewpoints.

A little tip that had been given to us is that parking can be tricky in the main city area so one of the several Park and Rides proved a great option with frequent and brief bus services to and from them at a fraction of the cost that many of the central car parks would be likely to change. 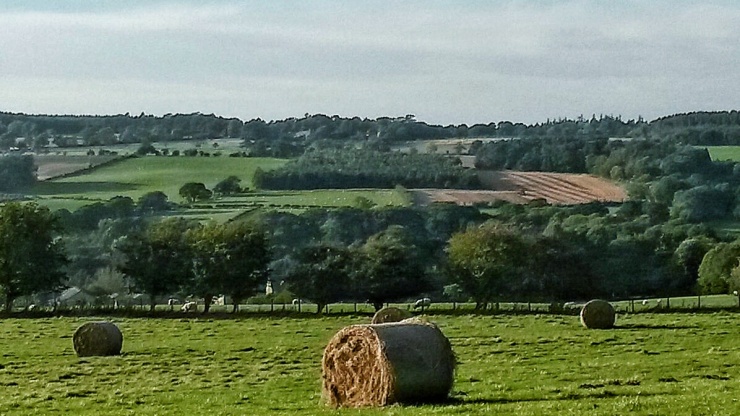 For me, despite all of these individual attractions, sights and regions of Durham and Northumberland, the aspect I found most alluring was just how vast and unspoilt the scenery and landscape is in this part of the UK.

Perhaps your eyes veer towards stony cottages with coloured doors or flawless or starlit skies; perhaps you crave seaside smells, lime green hills studded with earthy, hay bales; perhaps you find moments of peace in seamless, hilly expanses or like us, you just feel grateful to find lilac-tinted sunsets stretching out for miles with not a soul in sight.

Whichever camp you fall into, you will find it lurking in Durham and Northumberland. Shhhh though…..let’s keep it on the down low so it stays that way. 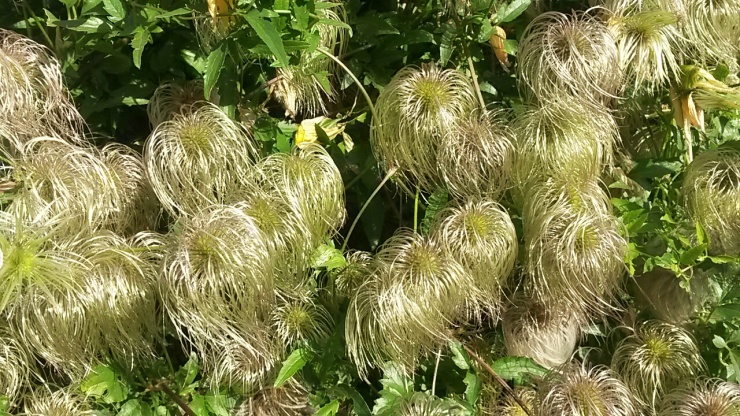 Have you ever visited this part of England?

27 thoughts on “Highlights from Northumberland and Durham, North East England”