Having spent most of my life either in London or just on the outskirts, an airport hotel is rarely an investment I have ever considered. With the combination of long stay airport car parks and the paternal generosity embodied in the numerous 4am airport drives my father so selflessly volunteered himself for when I was younger, I have always made the assumption that airport hotels are generally utilised by business folk and those who reside further afield.

But after my recent early morning dramatics in New York (outlined here if you’re intrigued), I no longer felt I could be trusted to control my affairs in that ghostly quiet, pre-sunrise phase of the day and Bloc Hotel Gatwick came along to the rescue. 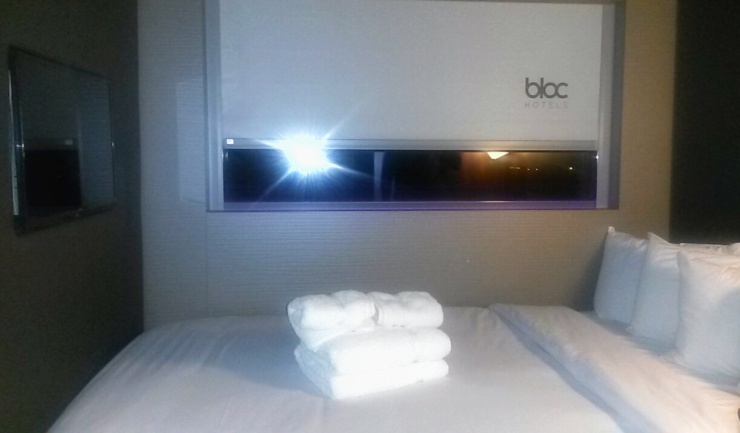 I had envisaged this post to be an ode to the relaxing, unwinding qualities of snoozing somewhere futuristic, sleek and oh-so-convenient the night before an early morning flight. I hoped that the airport hotel start to our Budapest trip would help iron out some of the exhaustion I had been experiencing from a seemingly endless string of 11-12 hour working days.

But then, the blogger Gods intervened and decided it all sounded a bit dull and that the entire plot needed a shake up, you know, just to help ruffle the writer’s block feathers plaguing my plume.

Let me tell you more…

The Journey to London Gatwick

In a rare turn of events, that day, both Pumpkin and I were home from work by 7.45pm. Smugly patting ourselves on the back for finishing our packing earlier in the week, we should have made tracks straight away but leopards and spots have an age-old loyalty and somewhere in and amongst my mumbling about a missing eyeliner pencil, it ended up being 9pm before we actually left.

We must have only been about twenty minutes away from home in London when Pumpkin commented on the darkness engulfing the road ahead, questioning whether the headlights were working. Indicators were flicked, hazard lights turned on and a mile or so later, we pulled up at a service station to find his suspicions confirmed.

We rarely need the car at night and, as seasoned Londoners, we are clearly too conditioned to the illumination of street light, as this was the first we knew of this problem.

Out with the mellow, chilled out, night before plan then.

After a few frantic calls to breakdown services (my new heroes), we found ourselves huddled up in a cold car at the back of a service station car park doing what most would do to keep warm in this situation – dashing to McDonald’s for chips and lattes! It was the first time in nearly a year that we were getting our dirty paws into fast food but the timing had never felt more justified. 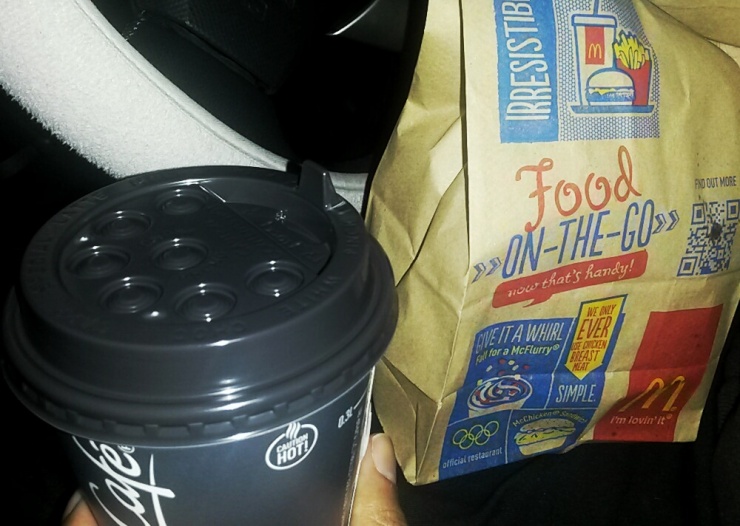 The breakdown chap (who looked half our age) got to work quite efficiently, tweaking bits of the car bonnet I wouldn’t even be able to name and making me realise just how useless my post-grad degree is at such moments; but more drama was to come still, when we got back on the road to get a phone call from that same hero, telling us he had left his other mobile phone in the bonnet!

When we finally arrived at Bloc Hotel London Gatwick, the ambience was so peaceful that the rhythmic ticking of the spearheaded clock-hands was audible – I guess that’s what happens when you check in at nearly midnight, a speedy, efficient and friendly process which took less than half a minute. 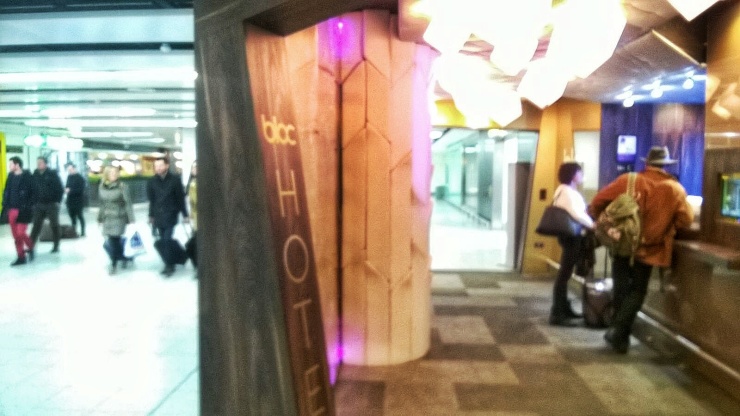 Walking through an airport terminal with not a soul in the vicinity felt a little wrong but the sense of relief upon seeing the Bloc sign was immense.

We were home and dry and thanks to the positioning of this hotel, we were actually inside the Gatwick Airport South Terminal. Unlike so many other airport hotels, where you still need a car, taxi or shuttle bus to take you from your hotel to the terminal, Bloc Gatwick allows you to just roll out of bed and walk down to check in – which is exactly what we did but it was much more tolerable at 6.45am from the hotel room than it usually is at 4.45am from home. 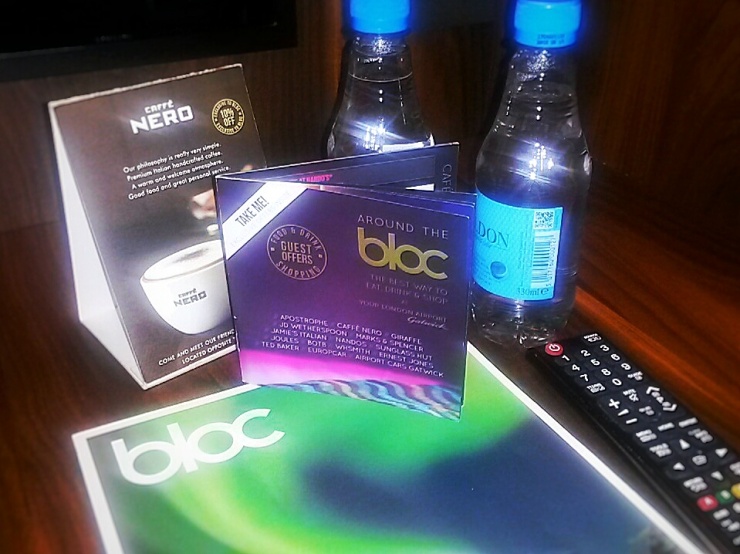 We walked into a modern room, awash with the kind of atmospheric purple lighting that was reminiscent of our wedding and we felt rather like we had landed on the set of a sci-fi film more than an actual hotel room. Floor space was limited but what they lack in square metres, they make up for in innovative design and generous numbers of fluffy pillows. 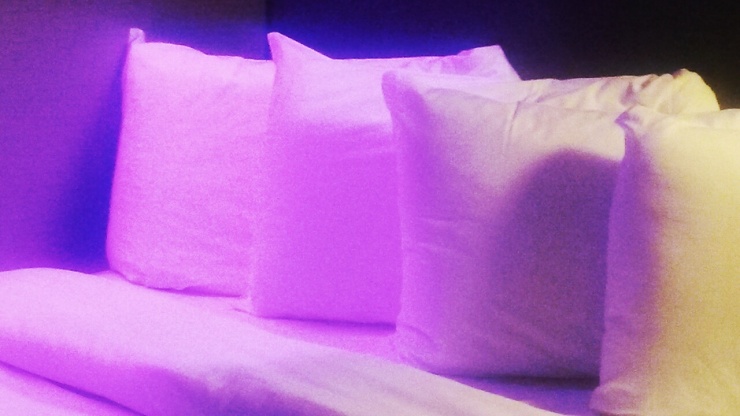 Even after the car dramas of the evening, we were determined not to just arrive at this hotel and fall asleep straight away and whilst I was playing around with the touch screen room controls, Pumpkin bagged himself a date with Roger Moore and Gloria Hendry for a bit of pre-holiday James Bond action.

Whilst I am not usually a James Bond fan, sinking under the duvet and curling up to a film was the perfect way to finally unwind (if only for about half an hour) at the end of an evening that hadn’t quite gone the way we expected. 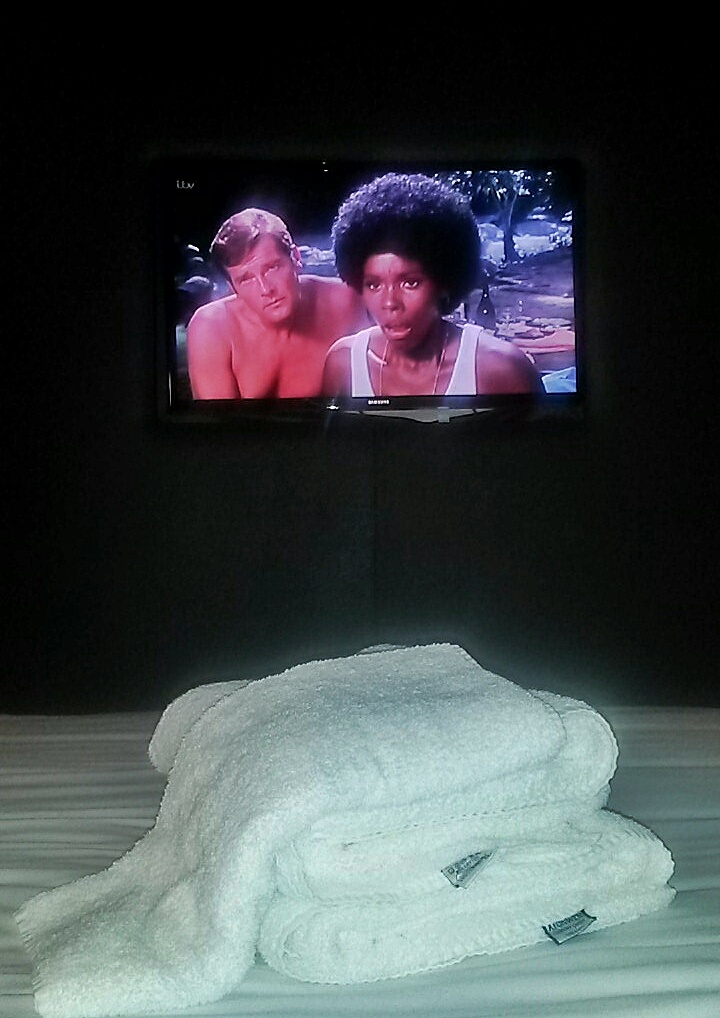 If you’re an avid plane spotter, it is worth having a peek at the choice of rooms on offer at Bloc, as some of the larger ones afford impressive runway views. Frankly, our room could have had a view of paradise and I wouldn’t have known since we checked in when it was dark and in the morning, I was too busy hiding under the covers pretending not to hear the alarm, although Pumpkin did manage to sneak in a quick photo of the window view.

Our night at Bloc Hotel was intended to be a relaxing start to the day and whilst the car antics defied our de-stressing plan, I have to say that if there was ever a time for a first airport hotel stay, this surely was it. In fact, were it not for our stay at Bloc, we would have driven to the airport from home at around 4.30 am in the dark, discovered our headlight issue at that time of the morning and would almost inevitably have missed our flight. And furthermore, since we had an exciting Budapest food tour booked just a few hours after landing, that plan would have fallen flat on its face as well.

In our particular situation, just over a week ago, the Bloc Gatwick stay didn’t just help us kick off our holiday but actually, for want of a better phrase, it very much ended up saving our bacon! I only wish we had been able to enjoy the hotel room awake for a little longer.

I have taken away two valuable life lessons from this experience: (1) if you’re someone who doesn’t function well in the early hours or have a tendency to press snooze a dozen times, you need an airport hotel (2) always ALWAYS check your headlights before a long or important car journey.

Do you ever stay at airport hotels before heading on your travels? And have you ever had an eventful journey like this en route?

Disclaimer: We received a complimentary stay at Bloc Hotel Gatwick but at the end of an evening like this, one doesn’t have the energy to be anything but honest. All opinions, good or bad, are entirely my own.