Do you recall that photo of a woman’s dress that went viral last year? It was the optical illusion that made national news as a result of the debate and near divorces it was causing with some camps perceiving it to be white and gold, others to be blue and black. Even now as I re-inspect it, I remain  flabbergasted at the stark contrast in perceptions it prompts.

Such is the depth of mystery concealed in human cognition and perception processes and the way in which our brains engage in tomfoolery with us – that two individuals could be exposed to the same sensory stimuli yet perceive them in entirely different capacities.

And for me, London’s street art scene, is an ideal example. 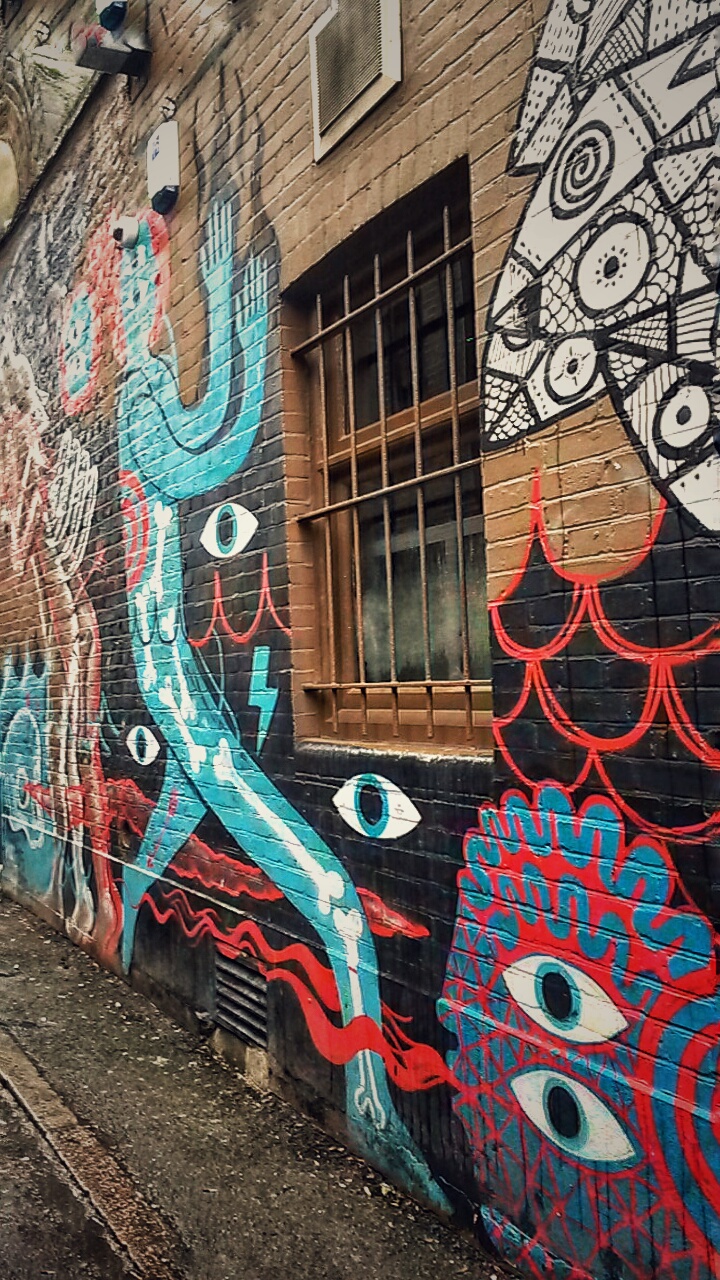 I have been living in London for aeons now and whilst I claim to be no expert on the area of Camden, I have still walked the streets there at least a dozen times. But never has my mind paused long enough to take in the talent and creativity that was staring me in the face the whole time on the walls and streets of Camden, existing and evolving the whole time.

Sometimes, you just need a little helping hand to help you distinguish the raw, gritty, talent from the clutter and congestion that clogs up the streets of London and on a grey, drizzly winter Sunday morning, I had a date with Camden Street Art Tours for that very purpose.

I couldn’t think of a more perfect companion for this experience than my best friend, an artistic-minded woman with a keen interest in urban regeneration, who has been gallivanting around this city with me since we were 11 years old.

Far from allowing the rain to put us off, we both arrived half an hour early armed with our brollies and giving us an opportunity to have a proper chat about London’s street art scene with our guide, Nelly, whose passion for street art and support for artists emanated from the outset.

Although I had spotted some of East London’s street art offerings during the Eating London food tour, my first proper introduction to street art actually happened in Argentina when Pumpkin and I joined a Buenos Aires Street Art Tour and became inspired by an artistic world neither one of us had ever really been privy to before. It was all the more fascinating, therefore, to find evidence of street art in Camden during this tour that was created by South America artists Onesto and Aire. 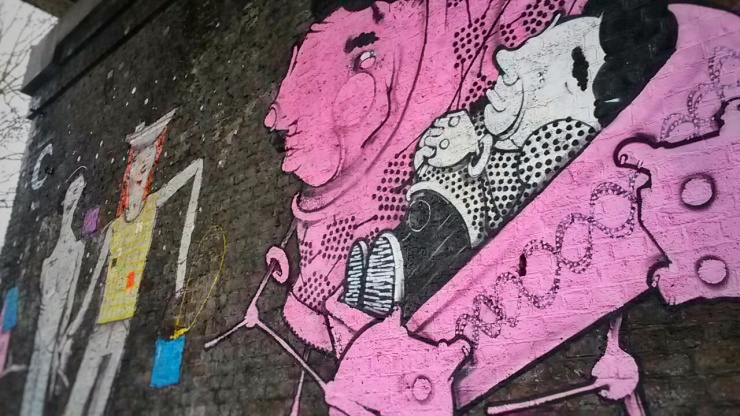 I had no idea for example that factors such as the differences in climate and number of daylight hours in South American countries as compared to the UK can greatly influence street art styles and we heard that South American street art is often praised for being more daring and boundary-pushing.

We saw the ingenuity and lateral thinking of street artists such as Ben Wilson, who envisioned blank canvases in pieces of used chewing gum, using those to create intricate paintings, a renowned artist who now creates commissioned pieces on chewing gum. I had never even remotely heard of such a concept prior to this tour let alone seen an exhibit and whilst this one is now a little faded, a nosy snoop online at some of his other gum art will leave you speechless.

Mau Mau’s words of wisdom reminded us of simple humanitarian principles of charitable thinking, sharing and stepping away from corporate thinking, made all the more thought-provoking due to its strategic positioning adjacent to a bank.

We learned of political struggles in some of the most remote regions of the world with the squeaky clean blues and reds of a regular London phone box mirroring the tones of face paint on the fierce face of the adjacent mural, which draws attention to the Free West Papua movement. 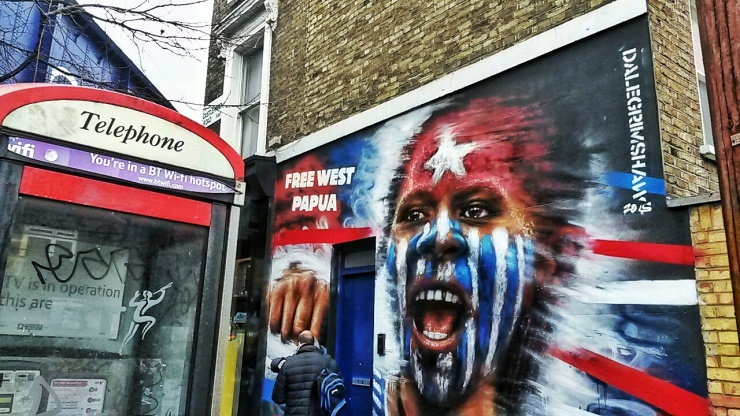 We found faces flush with the concrete beneath them but also the faces that quite literally stood out from the surfaces with the French artist, Gregos’ face sculptures.

We observed that to discover the array of street art forms, it pays to look  beyond just walls with lamp posts providing an innovative space for interactive street art.

Some artistic symbolism was found lurking in a more understated fashion in concealed waterside spaces, with what appeared to be an octopus holding a grenade, a pointer, perhaps, towards the threat posed by modern day life on conservation and marine life in modern-day society.

We gleaned an understanding into the distinguishing styles of street art veruss graffiti, two terms frequently but often inaccurately used synonymously by those of us less au fait with the intricacies of street art terminology.

Whilst almost each and every one of these pieces of art left me feeling inspired (and desperately wishing I was more artistic), the ones that I found most appealing were these. 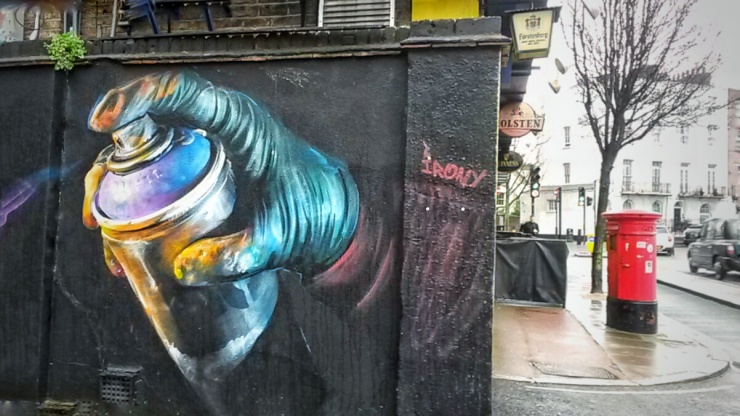 The languorous, unmistakable melodies of Back to Black sounded in our minds, as street art murals appeared repetitively in memory of the late Amy Winehouse, a proud Camden resident, who the locals had taken to their hearts.

Some tributes were clear to see without too much brain power required, particularly the eye-catching, colour-splashed paintings by Bambi.

However, you would have been easily forgiven for dismissively walking past this pub without giving it a second thought. 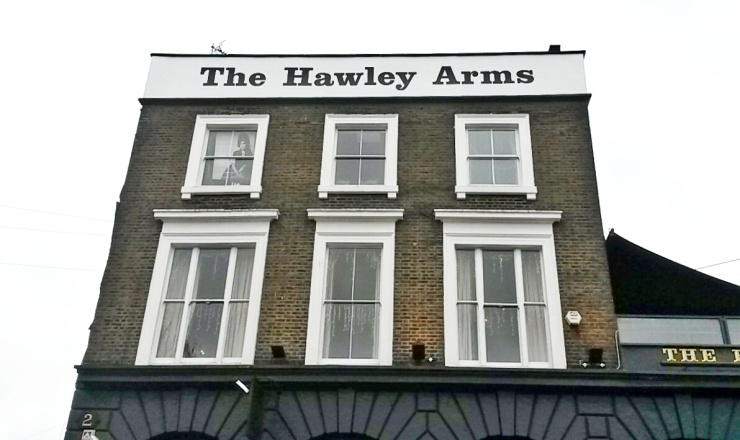 But for those of you who not blessed with 20-20 vision, take a closer look and you will spot how The Hawley Arms, one of Amy Winehouse’s favourite watering holes, continues to ensure her spirit remains every bit as welcome after her passing as it was during her lifetime. 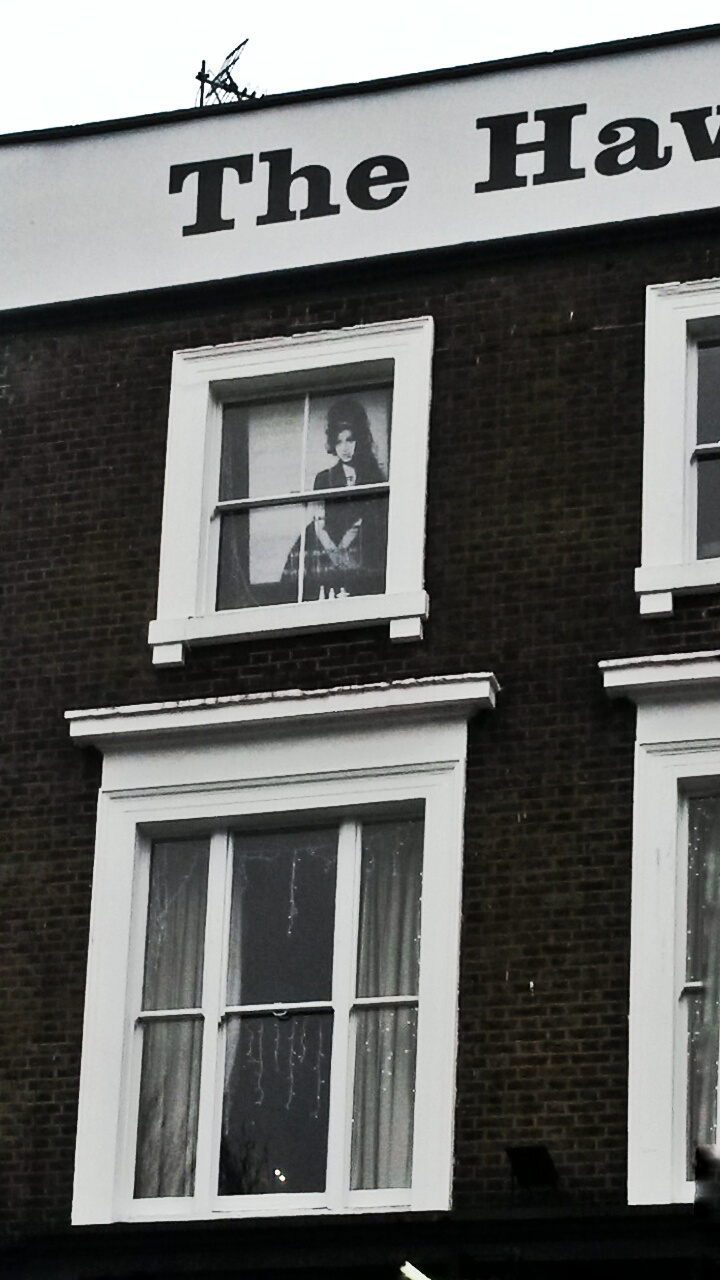 And Amy Winehouse is not the only example of an eminent British musician, whose life has been honoured through Camden street art. Just notice the attentive detail of Gnasher’s John Lennon mural and the way in which the reflection of the buildings opposite have been encapsulated within the illustration of his glasses.

And as our street art tour was drawing to a close, we witnessed one of the most energetic and busy paintings of the day.  You have heard of seasonal menus but were you aware of seasonal art?

This enormous winter wonderland spread was one of the examples of collaborative street art we were shown, where several artists have joined forces to work on this display.

I have to confess that I often struggle to feel an affinity to classical art forms when I’m traipsing through galleries and museums around the world. I have no doubt that this is mostly to do with my own lack of  knowledge and understanding in this field but there is something about street art that I find so curious. 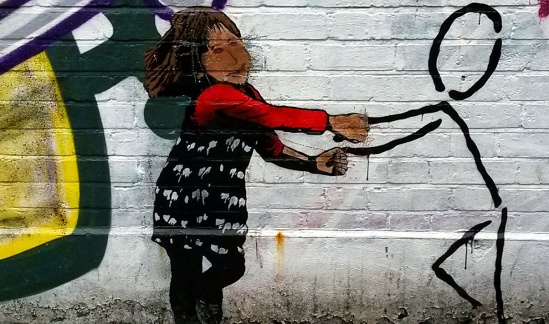 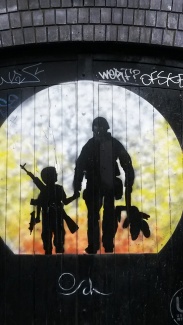 Perhaps it is the dynamic, ever-changing and unpredictable course that I find thrilling. Perhaps it is the vivid burst of colour, the absence of rules, defined parameters or official regulation that brings out a more rebellious interest or resonates with the more disorganised facet to my personality.

Either way, a morning spent exploring the best of the Camden street art world has certainly tuned my radar more finely to detect these creative masterpieces, dotted all over the city.

Are you a fan of street art? Which one of these paintings catches your eye the most?

If you feel inspired to uncover these hidden masterpieces in Camden Town, I have a treat in store –  the lovely team at Camden Town Tours are offering a neat, little discount code to my readers, which you can find below. It’s only valid until 30th June 2016 so if you are interested, get your skates on – we all know how full the diaries get as soon as the sun starts to make an appearance in England!

1. Go to http://camdenstreetarttours.com/ and choose a date / time that suits you.
2. At the checkout enter the voucher code  WWAL20. It is case sensitive.
3. Wait for you email confirmation with detailed meeting point information and enjoy the tour.

Disclaimer: Many tanks to Camden Town Tours for hosting me for this tour. Whatever you  make of my words, the street art speaks for itself. All views, good or bad, are entirely my own.