Barbados was the first stop on our recent Caribbean Cruise, which some of you may recall was our first ever cruise experience. It might sound odd therefore to hear that the total time we spent on Barbadian soil was a matter of minutes. I recently mulled over my first impressions of cruise travel, reflecting on my belief that it is difficult to see a destination properly with just a few hours there so why on earth would we choose not to spend those hours on land at our first port of call? 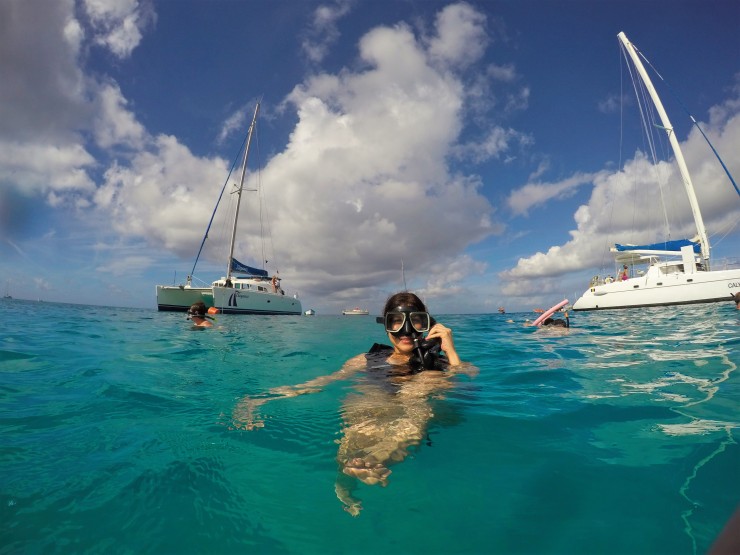 The reason was this: when I heard that Barbados is one of the best places in the world for snorkelling with sea turtles and seeing underwater shipwrecks (experiences that were still very much on my wish-list), no hotel, no beach visual and no island tour could penetrate that stubborn layer of will in my head that had already decided it wanted to see Barbados face down, through tight-rimmed goggles and a plastic snorkel.

In my earliest days of blogging, I had shared a few snapshots of snorkelling in the Maldives and more recently, I spotted sea snakes and jellyfish whilst snorkelling near Ko Lanta. It was there, in fact, that I engaged in one my most unrepeatable travel experiences but even that has failed to deter me from getting back out in the water to delve into the mysterious marine world that lies just beneath its surface. 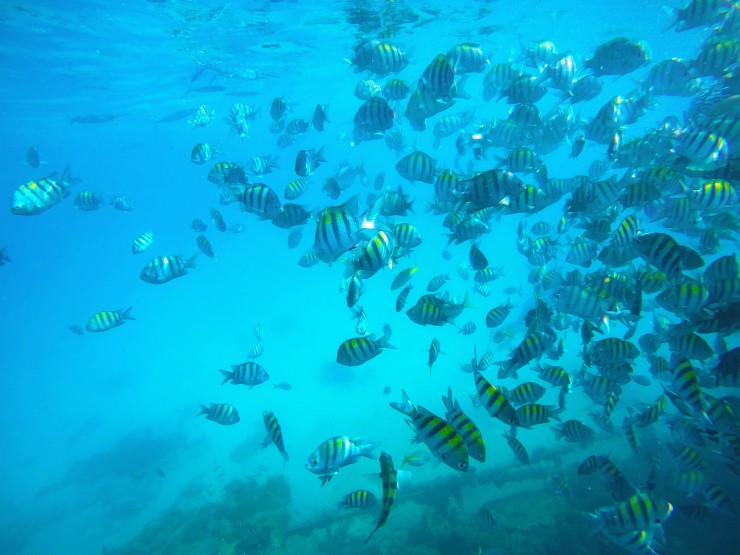 Except this time, we decided to do it in style. If we’re only going to be in Barbadian waters for a few hours, then we may as well add a splash of luxury to it and for this, we enlisted the help of a beautiful catamaran from Silvermoon Cruises Barbados.

As soon as we got on board and spotted the sophisticated white leather seating, kitchenette at the back, spotlessly clean bathroom and free-flowing alcoholic and non alcoholic beverages being served from the get go, we knew we were in for in for a treat. In fact, as energising and hydrating as the fresh pineapple juice was, even a teetotaller like me got tempted by the melange of local spices in the bottomless rum punch, which was so aromatic that they almost changed the habit of a lifetime! 😀

But after lathering on our sun cream, we quickly found spaces at the front of the boat to sit and relax and took note of the handy tips and safety information being given by staff on board for example, if you’re trying to send that all important live tweet, be prepared for water to engulf your phone. This is a catamaran after all. 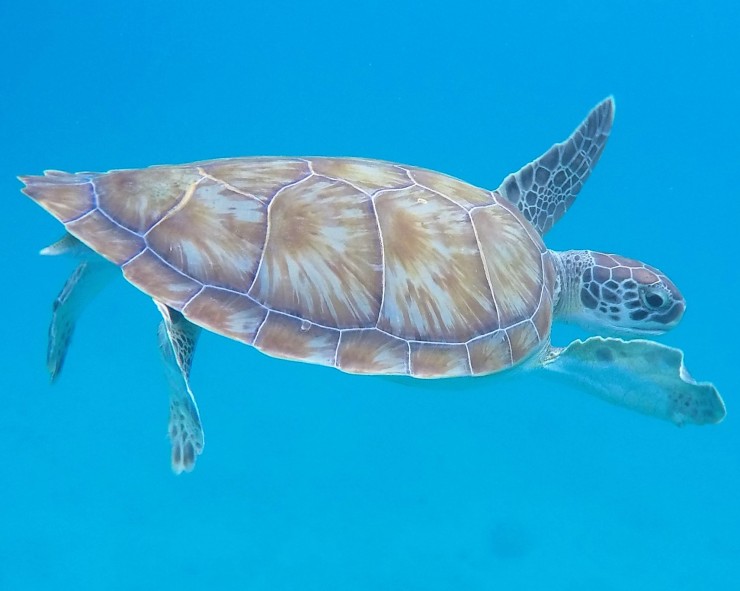 We were going to be taken to two different stops, one to spot sea turtles and the other to see the marine life that sways and swims in the interwoven webs and crevices of old shipwrecks.

We must have only been in the water a few minutes when we spotted the first sea turtle. Unlike many other snorkelling tour groups on the island, where crowds of fifty or sixty people can end up booked onto the same trip, all circling the same spots and hovering around the turtles en masse, Silvermoon limit their tour group sizes to a maximum of 12 guests. This means you can be sure that you won’t be joining a mass influx of turtle spotters all trying to elbow each other out of the way to get their Go Pro action on. 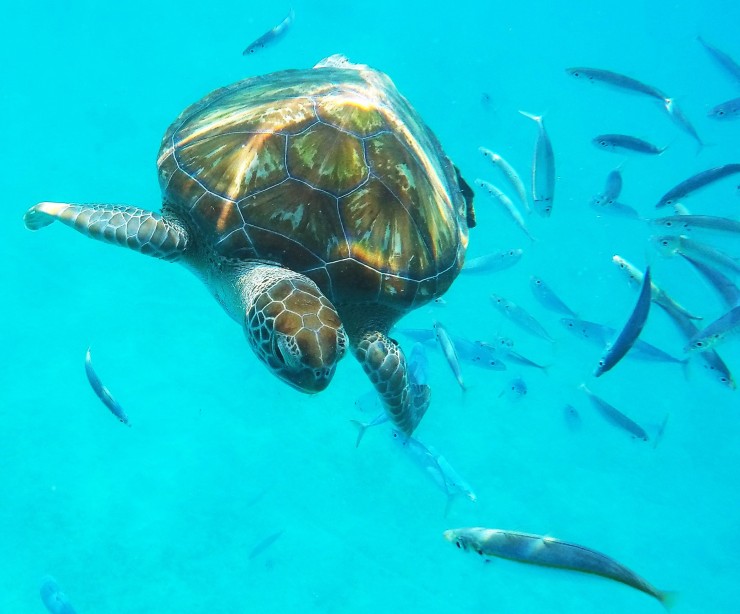 It was an exhilarating feeling viewing these graceful creatures swim by in a placid manner, welcoming us so benignly into their natural surroundings. I think it was the first time I acquired a true appreciation for just how large sea turtles are and it felt both humbling and almost hypnotic swimming along beside them. 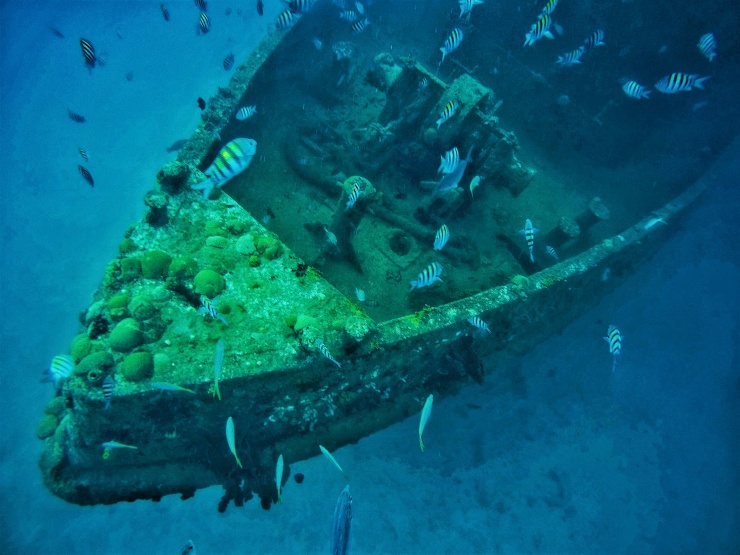 The shipwreck, in contrast, exuded a more menacing aura. Not because there was any sense of danger to us as such but rather because of the painful connotations our minds associate with sinking ships, the notions of peril, of lost hopes, of darkness and fear. 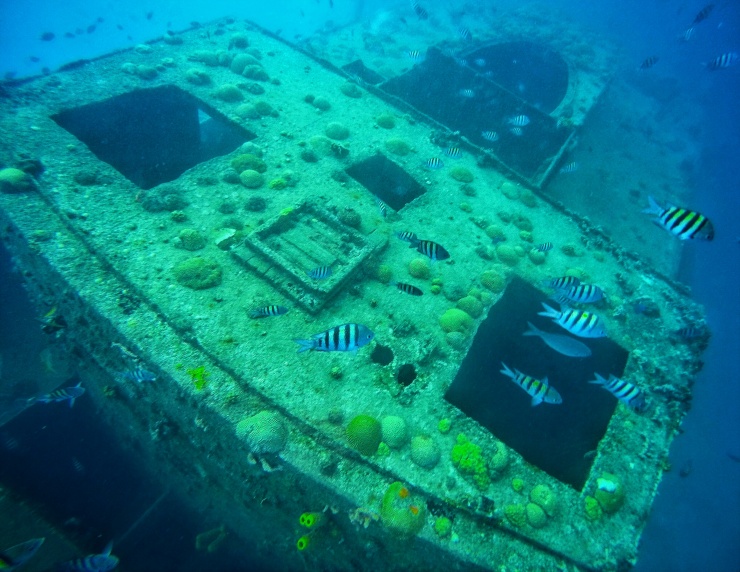 Yet, nature reincarnates these shipwrecks into biological works of art, where intricate corals settle and thrive, where shoals of fish scurry through the alcoves concealed within the wrecks.

Lunch was served after we completed our snorkelling for the morning, freshly made on board by the catamaran staff, who had been grafting away in the sunshine to the sound of pop beats, whilst we were basking in the novelty of the turquoise water. The fruits of their labour included freshly grilled tuna, a comforting traditional macaroni pie (known to us Brits as macaroni cheese) and unlimited slices of pillowy soft banana bread. 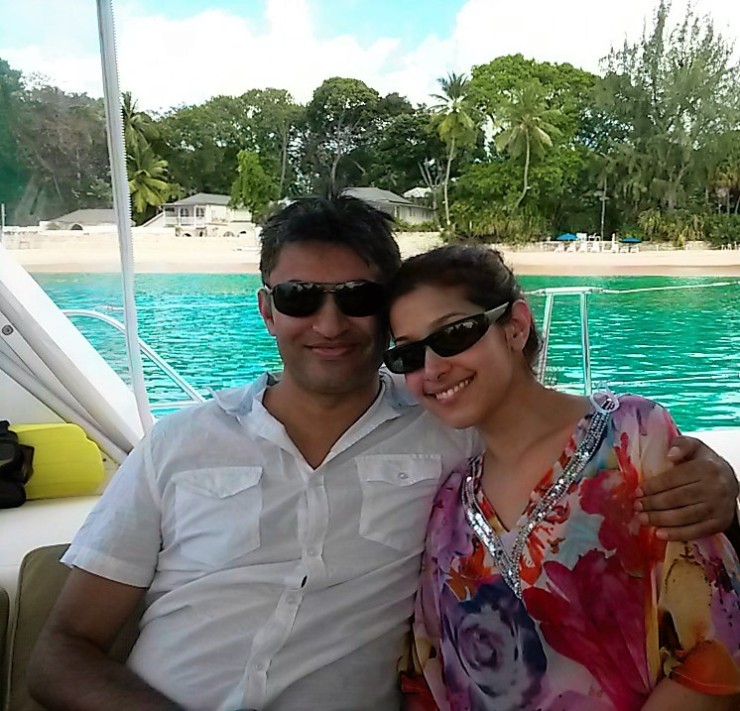 Whilst we all sat down for the feast they had prepared, we enjoyed the light-hearted banter the staff were sharing with each other and all of us on board. They pointed in the horizon to the homes of the rich and famous. Names like Simon Cowell popped up and Rihanna’s name in particular cropped up frequently in the conversation, as it started to feel like everyone on the island had their own Rihanna story to share. 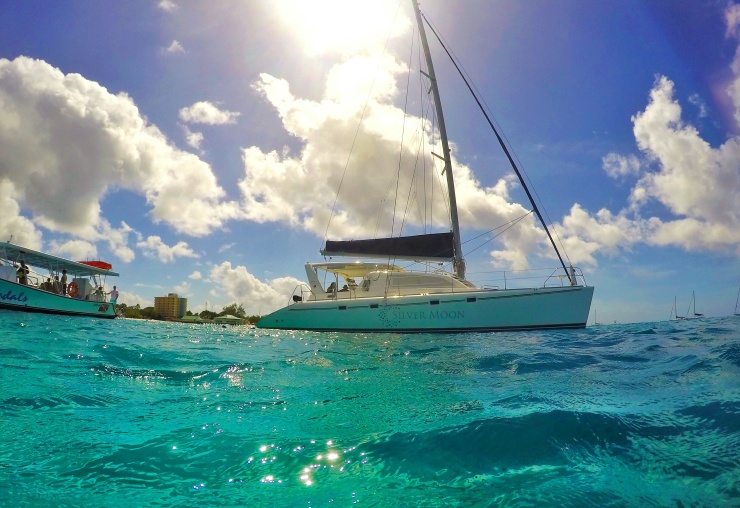 In fact, the vibe on board was so mellow and jovial, that we felt as if we were sailing around the Caribbean in a luxurious catamaran with friends, something I can assure you doesn’t typically go on in my circle of friends on a regular Monday (or any day!) 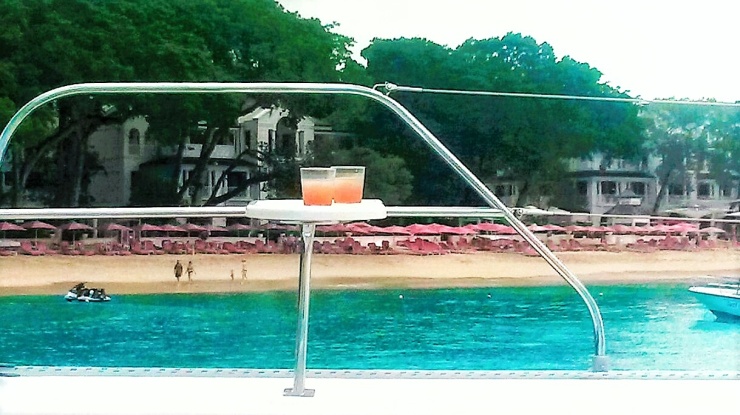 It goes without saying that on an tropical island like Barbados, the choice of tour operators for water-based activities can seem endless and Silvermoon was certainly on the steeper end of the price spectrum. But when we saw how professional the service was on board with everything from the quality of the snorkel equipment and the peaceful small-group nature of the snorkel trips to the flavours of the rum punch, the freshly-cooked authentic flavours served up at lunch and of course, the overall highlight of the day – the enchanting sea turtles, we realised it had been very much a worthwhile investment.

Have you ever had a magical moment with the marine world?

49 thoughts on “Snorkelling with Sea Turtles and Shipwrecks in Barbados”