I remember when I first heard of the city of Hiroshima. It was around my teenage puppy fat era that I went through circa fourteen years old. Several sequential high school history lessons focused on the US/Japanese relations around the time of World War Two. As one of the subjects I was most keen on and very much unlike her despairing physics counterpart, there was no real challenge for my history teacher in keeping me engaged. 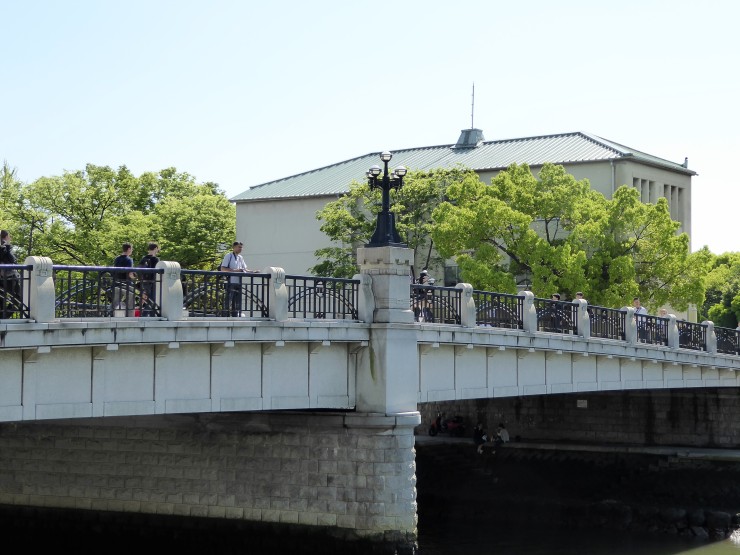 Indeed, I could have regurgitated more to you then about the intricacies of European history then than I could now. The passage of time has a way of grating away the crisper details of a once sponge-like adolescent brain. I still remember the tears that rolled, during one class, from the innocent eyes of a fellow classmate, whose heritage was part Japanese. The horror of the atrocities documented in our textbooks, the onus of having it confirmed verbally by a teacher who we respected unquestionably, was too much for her to contain.

It was for these reasons and my Dad’s insistence, bordering on assertion that I must not go to Japan without visiting Hiroshima that alongside Tokyo and Kyoto, it became one of the three essential cities firmly ingrained into an itinerary for a Japan trip that had not even been conceived at that stage let alone pinned down in time. 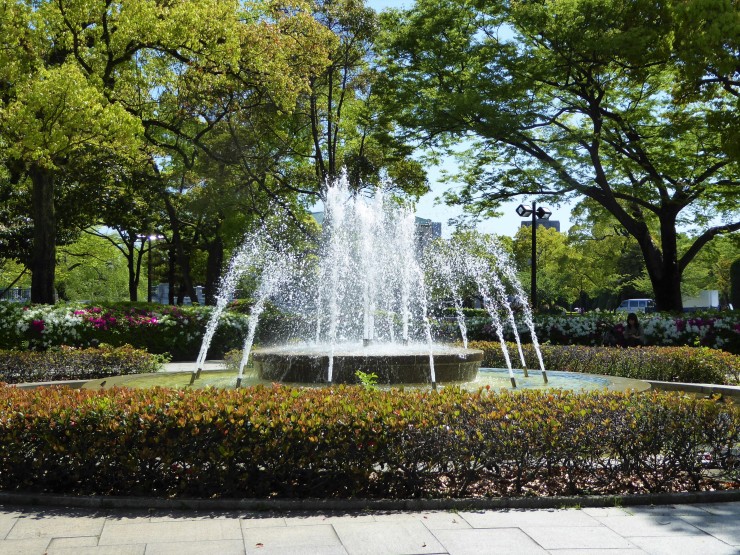 Nobody visits the memorial museum in Hiroshima without anticipating a level of emotional upset but nothing quite prepared me for the profound impact of visiting a city like this until I actually arrived in person. I chose to write about it partly to share my own reflections but mostly to fulfill a promise we made that day.

Upon stepping off the tram at the Peace Park stop, we crossed the road to find ourselves immediately inside the Hiroshima Peace Park grounds. With broad boulevards, spotlessly groomed lawns and bursts of spring blossoms, the very layout exuded a dignified tranquility. Benches were a-plenty and contrary to what I expected, it seemed there were just as many locals seated contentedly under the midday sun as there were tourists pointing lenses at the memorial statues. 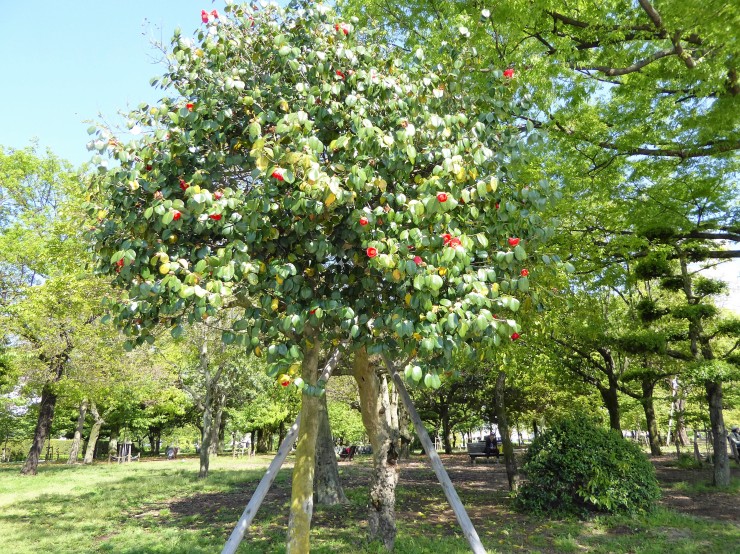 The A-Bomb Dome (atomic bomb dome) as it has long been referred to, is perhaps the most visually striking preservation of the literal moment of impact when the bomb was dropped. In the aftermath of the bombing, the Genbaku Dome was the only remaining building still standing. The decision was made to maintain and preserve the original wreckage after initially dividing opinion among local citizens, some of whom were unsurprisingly wary of the heartbreaking memories it would evoke. 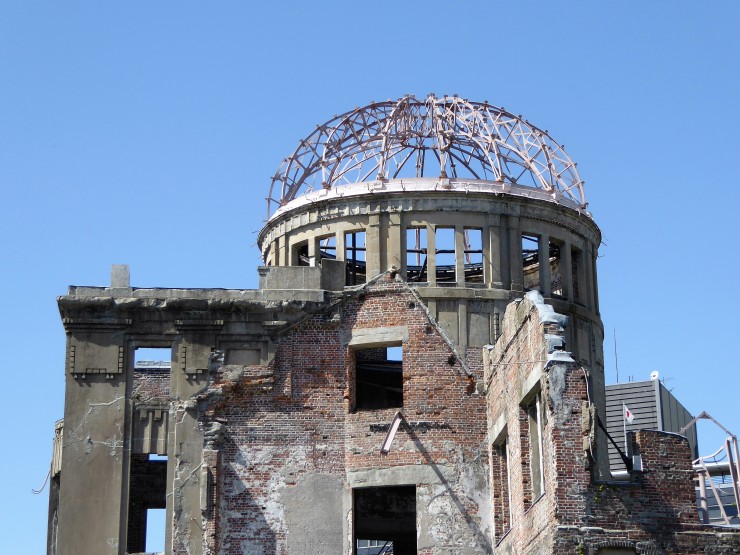 And the touching sentiments continued when we saw the Children’s Peace Monument, the creation of which was inspired by the story of a young girl, Sadako, who had survived Hiroshima but several years later, developed acute leukaemia as a result of radiation exposure. She believed that building a thousand origami paper cranes could make a wish come true and during her illness, she redirected her energy into paper creases and clean folds. 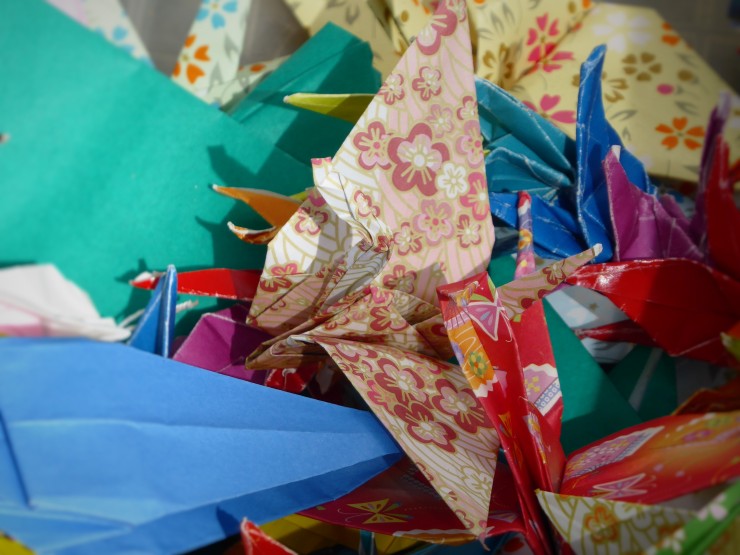 Sadly, she lost her battle with leukaemia before she reached a thousand cranes but her friends vowed to continue the project in her memory. The story soon spread with the help of local journalists and both financial contributions and paper cranes flooded in from across the globe. With those donations, a memorial statue was erected specifically to honour the children of Hiroshima.

To this day, the Hiroshima Peace Memorial Park continues to receive parcels full of hand crafted paper cranes from Japan and around the world.

We continued our foray into the park, bemused by the sombre yet inspiring ambience conjured up in this open space. An eternal flame burns in the park and the cenotaph contains the names of the tens of thousands of victims of the Hiroshima bombing. Everywhere, there are memories and tributes but everywhere here, there is a plight for peace.

At least on the outside. 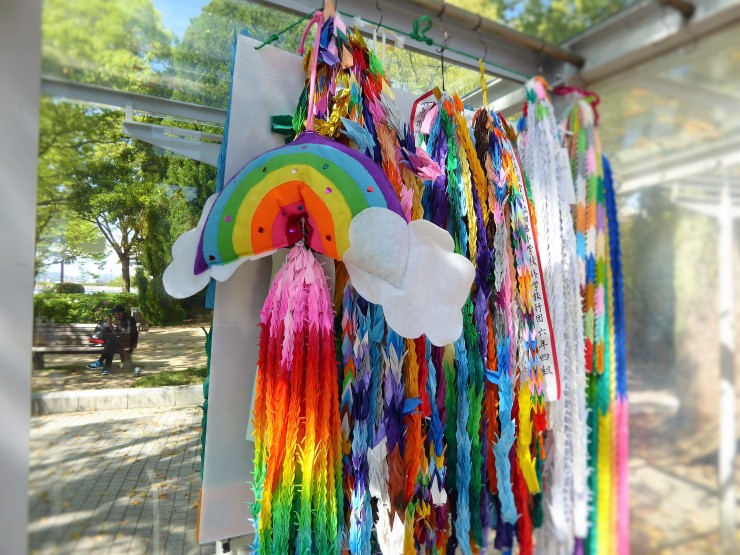 The interiors of the peace memorial museum are lined with glass cabinets encasing the remnants of destroyed families and torn souls. We learn of the poison that filled the city when the black rain that followed the atomic bomb would continue to leave a trail of ailments in generations to come.

We see the tricycle buried by a crestfallen bereaved father, one he sheltered beneath the soil in the aftermath of the attack and excavated decades later on one of his son’s significant birthdays. We read of a studious, dilligent teenage victim who awoke in a hospital bed, whose only concern was whether school were aware of his absence and whether he would be scolded for truancy. 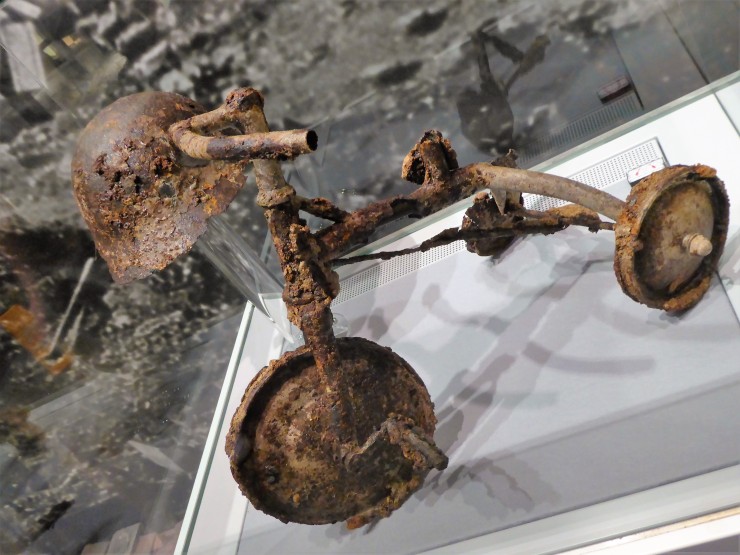 More than objects and words alone, the museum houses the lasting legacies of innocent people who could never have anticipated how their worlds would come crashing down that day – in the most literal sense of the phrase.

When we first stepped into the Hiroshima Peace Memorial Museum late in the afternoon, we were already aware that much of the museum was closed for refurbishment. Nevertheless, the usher at the museum entrance, on hearing us speaking in English, hurriedly told us we had arrived just in time for a talk. Oblivious to what he was referring to, our initial assumption was that he may have been trying to sell us tickets to an additional extra going on in the museum. But this is not the way of the gracious Japanese people. In actual fact, he was hospitably encouraging us to attend an in-house and entirely complimentary presentation in English that was about to start within minutes of our arrival.

Ashamed of our cynical assumptions, we dutifully followed his lead. Inside, we sat with approximately ten other visitors and listened to a PowerPoint presentation being given by a local Japanese lady, who seemed a similar age to my Mum. As her slides unfolded and the bullet points fell like droplets on the screen, we would learn this was no ordinary didactic presentation.

The Personal Tale of a Hiroshima Local

This was a lady who was sharing the story of the Hiroshima atrocity in the context of her own personal family experience.

You see, that fateful morning when so many lives were lost, her Mother, a proud Hiroshima local, had been up and about at home, enjoying the comforting familiarity of a regular daily routine. She could never have known that an act of war, so unrepentant and unforgiving, was about to strike the city she had always called home. She could never have known that her own life would change so irreversibly and swiftly. How would she have guessed that her sister would be out on the streets when the US Army would drop a nuclear bomb on the city with consequences so far reaching that generations on, victims are still living with the physical and profoundly complex psychological sequelae.

In the aftermath of the bombing, meandering between piles of rubble and inevitably battling the nausea of anxiety, she searched for her sister. The minutes swelled into agonising hours. The hours became the darkest days, her glimmers of hope too feeble to sense with the magnitude of recent events. But such is the resilience of so many people of that generation (or maybe it is a resilience we would all unearth if faced with the same grotesque scenarios;) somehow, she found a way to keep searching.

Several days later, her prayers were answered and she found her sister in a nearby hospital.

Her sister (our speaker’s maternal aunt) had retained her orientation and cognition despite her injuries. She was just a teenager and was the younger of the two, yet her greatest concern was the welfare of her elder sibling. Finally reunited after the anguishing uncertainty, life granted them at least a few priceless moments to seek comfort in each other.

A few days later, despite the best efforts of the overwhelmed medical teams, she lost her life. 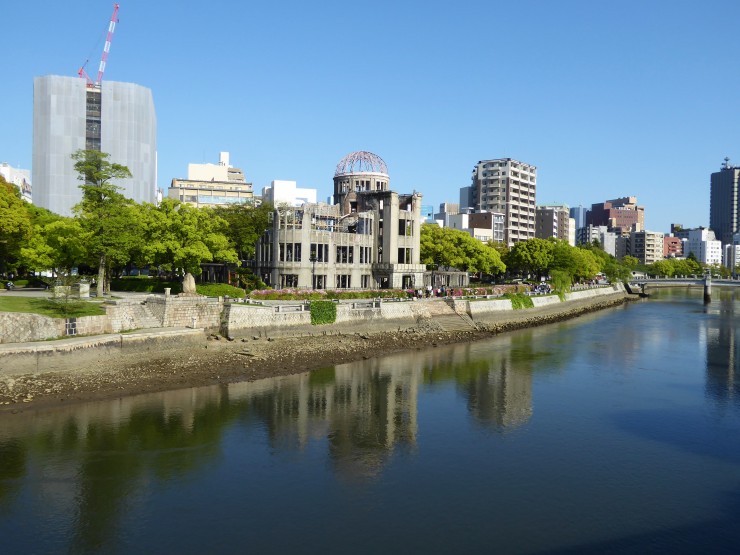 Her father, our speaker’s grandfather, never spoke about it. In the decades that followed, he never uttered a word about the bombing, about the gruelling experience of losing his daughter, his trauma festering in a tragic cloud of silence.

As the lecture drew to a close, we left in almost a state of rigidity, stunned by the the insight we had just been given. My throat struggled to bottle up the tears yet I felt almost ashamed to show such weakness in the presence of those who breathe such courage.

We later found out that the speaker had only learned to speak English a few years earlier, now feeling confident enough in the language to be able to give a museum presentation for nearly an hour.

On concluding her presentation, her final message was a simple one, heartfelt but highly necessary one: “This is my Mother’s story,” she muttered softly with the same warm tones she had exuded throughout the session. “Please, when you go back home, please share my Mother’s story. Please tell your friends and your family what happened. Please don’t let my Mother’s story be forgotten.”

We promised we would. And I hope that in penning out what I heard that day, if even just one other person reads this, I hope I have helped to keep her Mother’s story alive so that the experiences of those who were there during the Hiroshima bombing are never forgotten, so that we all strive to build a world where this never happens again.

As we walked out of the doors of the Peace Park and Memorial Museum, we saw a heavily bruised petition calling for international nuclear disarmament. I am rarely politically-minded, particularly when I am traveling but never before have I signed a document with such haste.

Have you ever visited the scene of a historical tragedy?