For the benefit of my readers outside the UK, let me start by telling you that Surrey is a leafy county in the south-east of England and just outside London. Frequently cited as one of the most sought after regions of the country to live in, its proximity to the Big Smoke makes it prime property along the commuter belt.

Surrey’s sprawling suburban mansions see its streets filled with young families seeking reams of school choices and with green-fingered pensioners, deserving of a more serene retreat in their retirement. More personally, for me, it also happens to be where I spent most of my childhood, a county I pop back to every two or three weekends, usually when I am craving a fix of my Mum’s biriyani.

It wouldn’t be proper to describe Surrey as my former home, when candidly, in my somewhat clingy heart, it will always remain my other home. 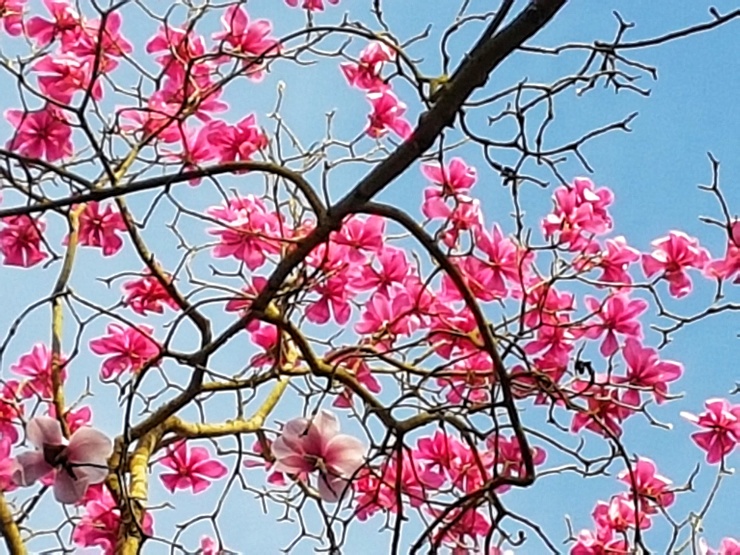 That’s not to say, though, that I have always sung the praises of this particular home county. Growing up, I had a relationship just short of love/hate with the place. Adolescents often see the world through a clinical dichotomy of charcoal blacks and prism whites but when it came to my feelings on my own neighbourhood, mostly, I was indifferent.

Tree-lined streets, ample parking and low crime rates might sit firmly on the checklist of a 30-something potential new homeowner but unsurprisingly, these aren’t qualities that leave a lasting impression on a younger crowd.

For me, all the things I loved about living there were the very building blocks that make a family home a home: the long summer days when my sister and I would propel shuttlecocks above imaginary nets in the garden, the enticing aroma of a Mother’s meal bubbling over on the hob, the family dinners where we would all share stories from our day (reportedly, I dominated the chat then just as much as I do now.)

As affectionately as I recall these memories though, it wasn’t Surrey that made them but rather the love exuded within the walls of that home. My parents could have created the same home, even if they lived in a field in the outer Hebrides. 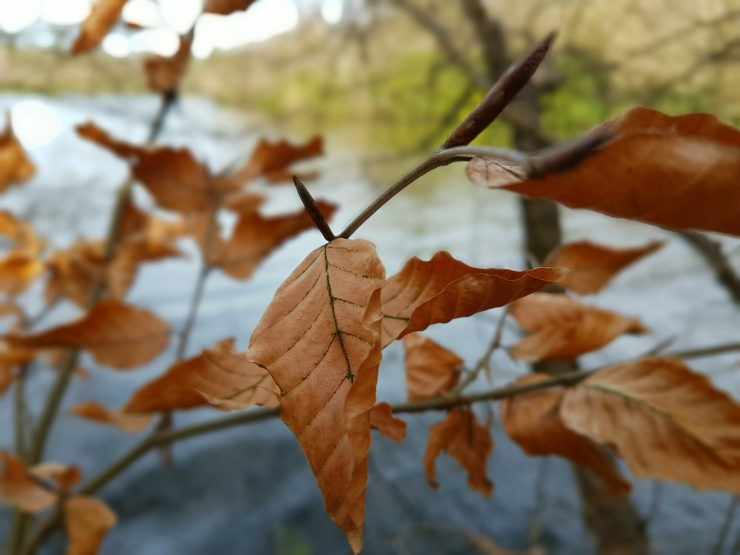 As a teenager in Surrey, the only place I ever really wanted to be was London (if you excuse that temporary obsession I had with the US that was the product of watching too many sitcoms). With its shimmering night lights, grumpy commuters, its Mind the Gaps and its 4am Chinese meals, I was infatuated with the very notion of life in the capital and I would have done anything to achieve it.

Two decades later, not much has changed. I’m still deeply in love, this time by the very essence of my reality here. I guess you could say I’m fiercely loyal like that – but even I need to escape the city at times.

With my childhood home being just a mere 25 minutes by train from London Waterloo, I now have the best of both worlds and finally, after all these years, I am just starting to take a few moments to truly explore the county I grew up in. This summer, more than any other, whilst England has been basking in a most uncharacteristic wave of tropical temperatures (okay, today is not the best example), my tribe and I have been moseying around in Surrey’s nooks and crannies to delve into the areas that failed to capture my imagination as a child but now draw me in for idyllic weekend retreats from the city.

Virginia Water was the first stop on my tour into Surrey hot spots this year. Its very name conjures up images of plump, well-fed ducks gliding along ponds and estate agents boasting collections of unaffordable 8-bedroom mansions but even our brief Sunday stroll in the area was enough to leave me in no doubts as to why. 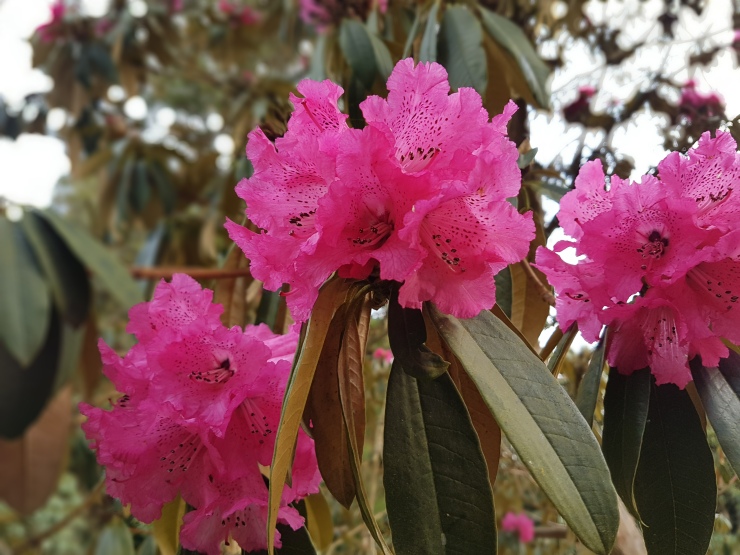 This vast stretch of greenery technically falls under the umbrella of the Windsor Great Park but if you think you can scurry through it in a conservative two-hour time slot, as I mistakenly did, you will soon be silenced. The ground here is just asking to be explored, from leisurely lakeside ambles to more considered meandering between mazes of roses.

As one of those rare charming public spaces that embraces all flavours, Virginia Water is every bit as suitable for Sunday snoozing as it is for Sunday strolling. The docile among us may use it as a sleepy base, where we fish out cheddar-laden crackers and summer strawberries from the depths of an over-stuffed wicker hamper, whilst rummaging around for the mal-functioning Frisbee we just never quite got round to replacing.

The calorie burners, in contrast, set out early and pace for miles, their battered hiking boots transporting them well beyond the loop of the lake into the more rugged walking paths concealed within the park. 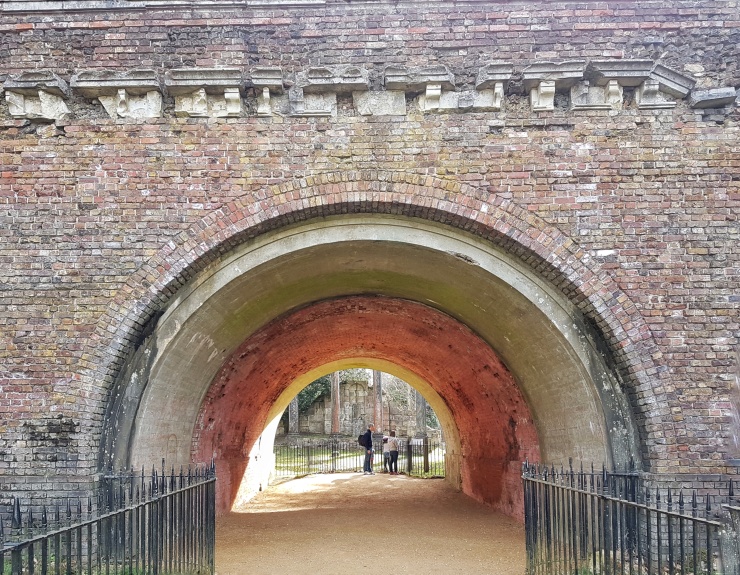 Nature lovers, photographers (and bloggers excited by their new Samsung S7s) may be found bursting to use their ‘no filter’ hashtags, whilst framing the striking intensity of fuschia blossoms against piercing blue sky backdrops.

And for those less au fait with geology, nuggets of ancient history make themselves known in the most unexpected corners of the park. You may have imagined you were here for a cognitively un-challenging family day at a Surrey park but the Leptis Magna ruins housed here (brought into the UK from Libya in the 1800s) will rapidly re-activate your neurones.

Inevitably however, one most certainly needs re-fuelling after an afternoon of duck-feeding, swan-spotting, historical education and flower-gazing (doesn’t quite have the same romanticism as star-gazing on a tropical beach but if it implies an afternoon of sunshine in such laid back surroundings, I will gladly take it.)

We re-fuel well in our household, none of us shy of obtaining our fill over cups of tea and blocks of cake. That my sister and I queued for around 20 minutes, ordered our scones and cake and forgot to order my Mum’s slice is most definitely deserving of a proverbial slap on our wrists but fortunately, Mother dear is a forgiving and selfless soul and fortunately, the Virginia Water bakery Gods at are not shy with their slicing, meaning none of us went without.

From moist red velvets to beautifully hand-iced carrot motifs, the cakes were a bargain given their drool-factor but then I live my life comparing prices to London so that perhaps doesn’t mean much but try a slab yourself to be the judge. 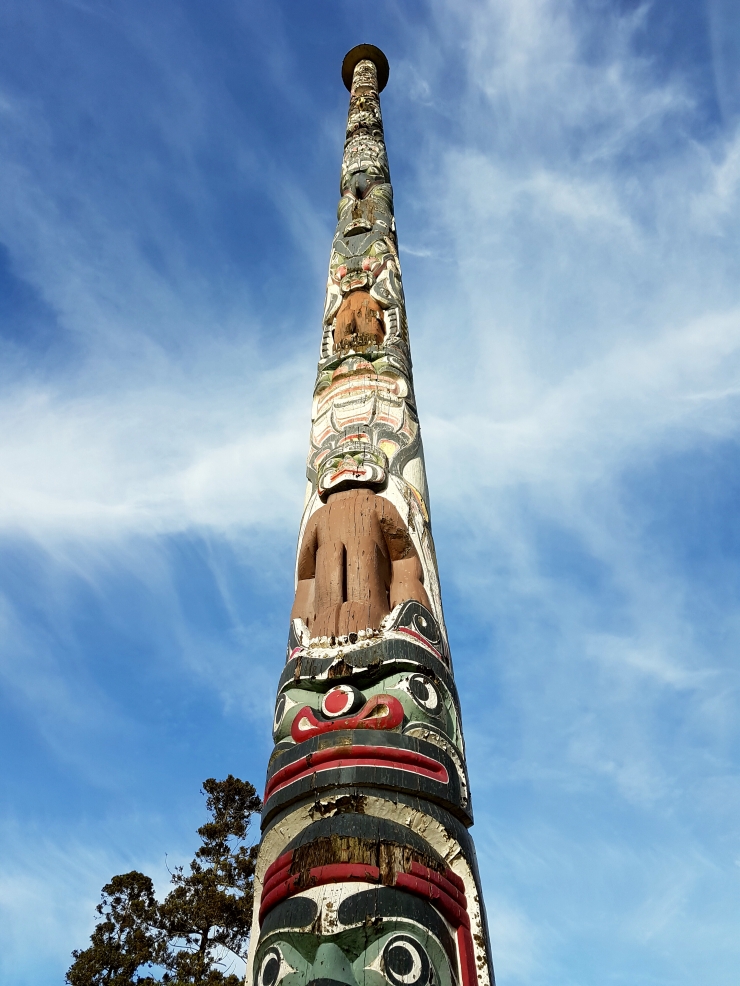 One would imagine that the best views over Virginia Water are found at the top of the Totem pole but since I am 99% certain that climbing it is neither permissible nor safe, luckily the views from human eye level are not too shabby either.

My main passion and ambition in life, when I am not at work, is to keep travelling and seeing more of the world but when you locate a space that houses a waterfall, a lake, a Totem pole, a flower garden and ancient ruins all within one space, you find that those travel adventures are often in far closer proximity than you could have imagined.

39 thoughts on “A Sunday Stroll at Virginia Water, Surrey”