With the crowds, colours and smells of the busier Viennese Christmas Markets, It would be so easy to miss this little theme park in Vienna’s suburbs. I certainly had never even heard of it until our visit last year. It was only when I mentioned in passing to Pumpkin, a few weeks before we went, how much I love traditional, old-fashioned funfairs that he told me about the Prater Park. He knew that it has the oldest Ferris Wheel in the world, one which was ridden by James Bond in Living Daylights. He is a huge lover of all things James Bond. Have you ever met a man that isn’t? 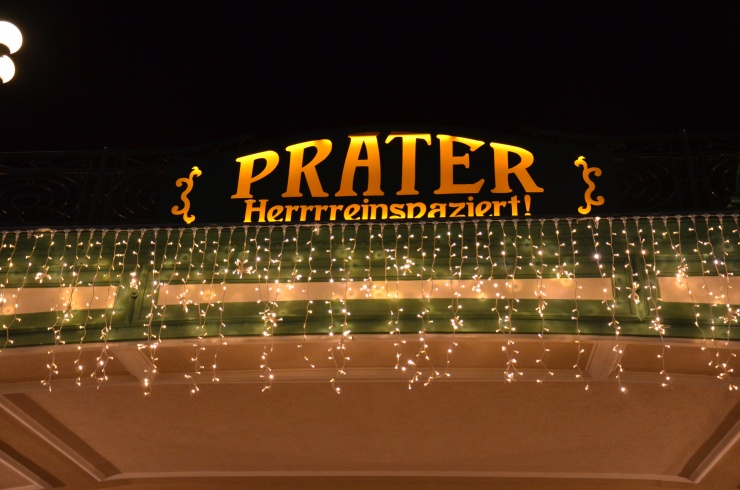 We had read mixed reviews about this place so took a bit of a gamble in sacrificing our final night of the trip to see it but as soon as we crossed the main road, exiting Prater station, I had already fallen in love with it. The twinkling crimson studs of light from the arc of the wheel carved a contour in the black, night sky, pulling eager tourists in its direction like a magnetic force. You’ll notice a stark contrast in numbers of people here so if you’ve done the markets first, this will feel sparse.

At night time, only a few rides are open but that’s a price we were happy to pay to be able to see it lit up in all its glory. It was like walking into a fairytale funfair with sparkling lights, the changing faces of the spinning ride, cycling from mandarin to jade, fuchsia to candy pink, trying to catch me out each time, whilst I stood on the sidelines marvelling at the sight, trying to capture the perfect photo to remember it by. The huge inflatable Coca-Cola-sponsored Santa is a bit of an eyesore in an otherwise charming little park but I suppose children may be more taken with this than I was. 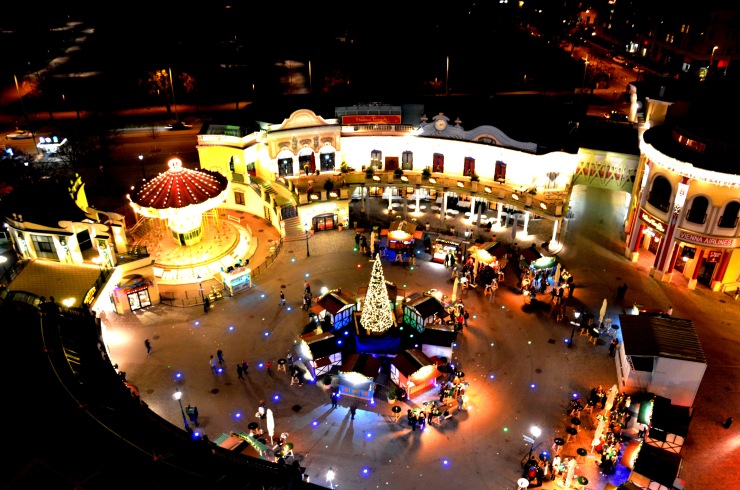 You could certainly grab a stand-up meal here from one of the food huts lining the periphery of the main circle – there’s nothing out of the ordinary here for the palate but if you are content with another Wurst, some more cake/crepes/waffles (even I was reaching my threshold here in Vienna), then there are more than enough options but it’s not somewhere you would come just to eat. 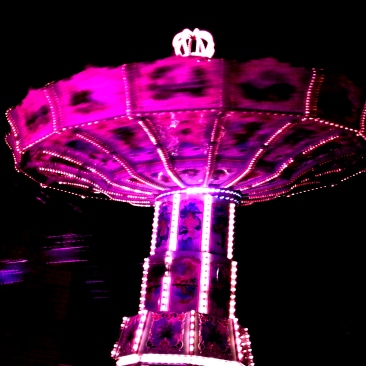 At 9 Euros entry per adult for the Ferris Wheel, we thought it was worth it to have a bird’s eye view of Vienna – having stayed in the Old Quarter, it was easy to forget that Vienna has a sky-scraper-heavy, commercial district like any other metropolis and we were able to observe this best from the Ferris Wheel. The small museum gave a fascinating insight into the history of this wheel, its regeneration after the 2nd World War and the ride itself was short at about 15 minutes long at quiet times.

If the idea of retro charm invokes a sense of nostalgia and playfulness in you and if you get as swept up in the festive season as I do, this simple but timeless attraction may just be the cherry on top of the cake in a twinkling city, already so adept at bringing the sparkle of Christmas to life.